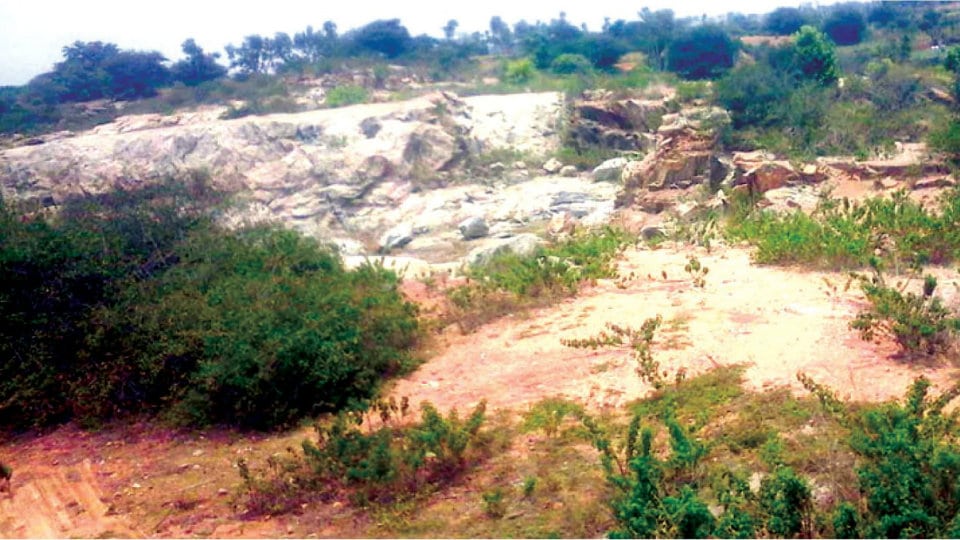 In his complaint, Ravindra has accused mining owners of violating human rights and mentioned that two people have died due to blast in the mining recently and several others are injured. But only one death case has been reported so far. He said that one minor boy who was employed as a child labourer has been injured seriously in the blasts.

Mining owners have been threatening the local people and also trying to evict them from the place for opposing the illegal activity. Due to dust from mining, the water in Krishnaraja Sagar (KRS) Dam has been contaminated and it is also a violation of human rights, he has mentioned.

He has stated that mining is illegally carried out by influential elected representatives at Baby Betta Amruth Mahal Kaval Survey Number 1, Honaganahalli Survey Number 127 and Survey Number 80 Chinakurali Hobli of Pandavapura. In all, 2,016 acres of forest land has been targeted by illegal miners who have the backing of rowdy elements and corrupt officers, Ravindra has stated in his complaint.

Ravindra has mentioned that rampant corruption and the hand-in-glove attitude of the officials were responsible for illegal mining.

He has named 19 officers including Chief Secretary to the Government of Karnataka Subhash Chandra Khuntia, officers Subhash Chandra, Jayanthi, Sasikanth Senthil, Mandya DC Manjushree, ZP CEO Sharath, SP Radhika and ASP Lavanya in his complaint and has requested the SHRC to direct the officers to take action against the corrupt.

Ravindra has urged the Commission to take immediate and suitable action against mining owners. He said that despite complaints to Karnataka Governor, Lokayukta, Chief Secretary to GoK, no suitable sanctions have been imposed against the violators and he was forced to approach the Human Rights Commission.