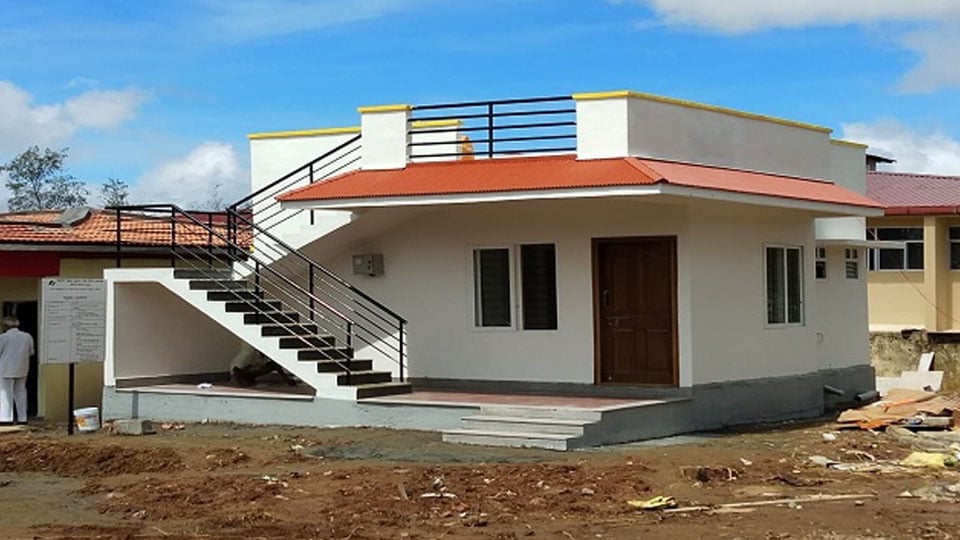 Mysuru: The officials of Mysuru City Corporation (MCC), who had been to Ashraya Houses to evict illegal occupants, have given them three days time to vacate the houses on their own after a wordy duel ensued between the officials and local residents.

As many as 250 houses were built near Ramabai Nagar under Ashraya Housing Project out of which 102 houses were distributed during the tenure of the then Deputy Commissioner Harsha Gupta and MCC Commissioner K.S. Raikar. As some of those to whom the houses were allotted had not taken possession of the house, some people had occupied those houses and notices were also served by the MCC asking them to vacate the houses following which the occupants of the houses have approached the Court.