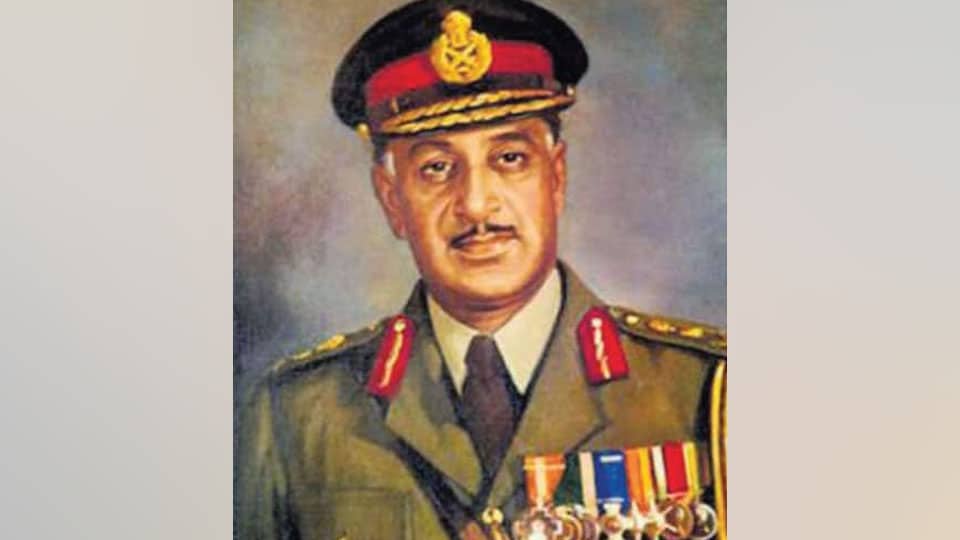 The Forum office-bearers, who met the Kodagu Deputy Commissioner Annies Kanmani Joy at her office here on Monday, urged  the district administration to celebrate the birth anniversary of the great warrior as a Government-sponsored programme.

Though the Forum had made several requests to the State Government to celebrate it as a Government event, it is yet to take a decision in this regard.

The Forum also sought permission from the DC to organise the event on Mar. 31 as the model code of conduct is in force in view of the Lok Sabha polls.

Later, speaking to reporters Forum President Colonel Kandrathanda C. Subbayya (Retd.) said the programme will be held on Mar. 31 at 10. 30 am at ‘Sunny Side,’ the renovated residence of General K.S. Thimayya.

Speaking on the occasion, Convener of the Forum Major Biddanda A. Nanjappa said that work on the development of ‘Sunny Side’ as a Museum and War Memorial was in progress.