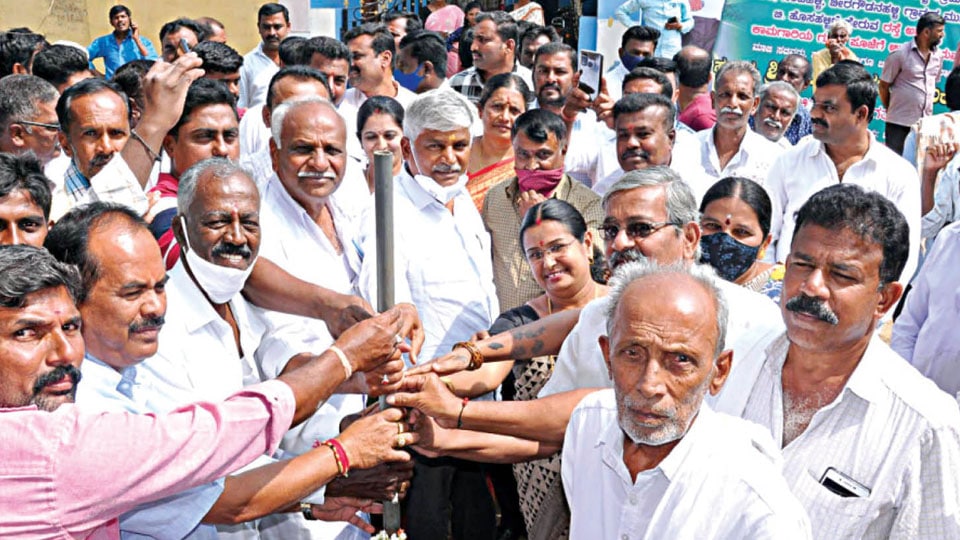 Impose total ban on stone mining to save KRS Dam

Mandya: Melukote JD(S) MLA and former Minister C.S. Puttaraju has urged the Government to completely ban all stone mining activities in the surroundings of KRS Dam if mining posed a safety threat to the Dam.

He was speaking after performing ‘Guddali Puja’ (ground-breaking ceremony) for road development works in his constituency on Jan. 30.

Asserting that the safety of KRS Dam is of utmost importance for farmers and people coming under Cauvery basin, Puttaraju said that as a Minister in the previous JD(S)-Congress Coalition Government, he had written to the concerned Department about the safety and security of the Dam. “When I was a Minister, I had ordered imposition  of prohibitory orders under section 144 of Cr.PC in the vicinity of the Dam considering its safety,” he contended.

Maintaining that he was supportive of whatever action the current Government takes regarding mining activities in the region, he said that, however, there is no compromise on the measures to be taken for ensuring the safety of KRS Dam.

He reiterated that he would back the Government  even if it orders a permanent ban on stone mining activities in Baby Betta region of Pandavapura taluk, taking into account the safety of the Dam.

Regretting that his appeal to the Government when he was a Minister earlier, to seek an Expert Committee report on the measures to be taken for the safety of the dam, had not made any progress thus far, he wanted the Government to Commission a survey on all the safety measures to be taken for saving the Dam from any stability challenges and threats posed by stone quarrying in the region.