Home » Feature Articles » In the reverie of Kalabhivardhana 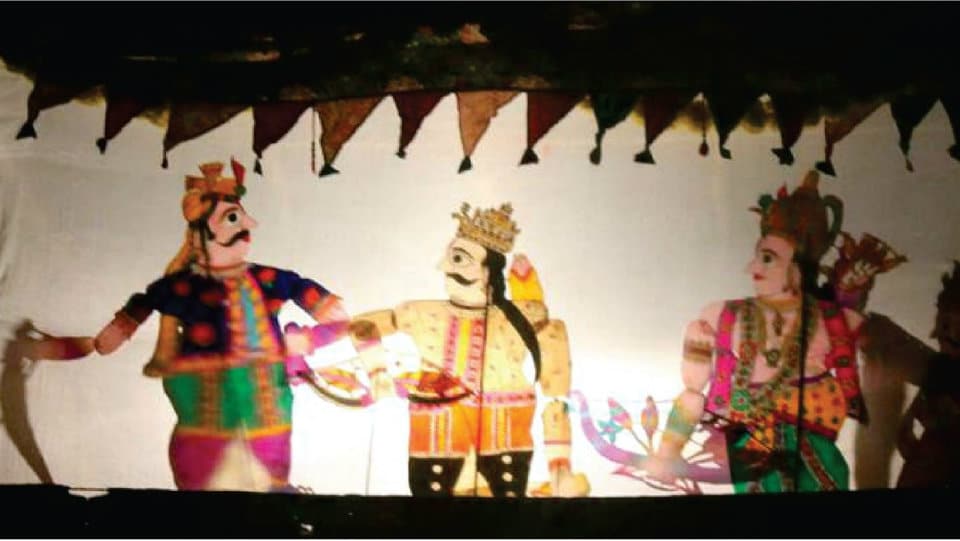 In the reverie of Kalabhivardhana

Our very own Mysuru city witnessed more than a week-long cultural fete organised by Kala Sandesha Prathishtana in collaboration with ten other organisations from Jan.22 to 31. The banner of Kalabhivardhana ably converged the profuse strings of Indian art.

Dr. TVG humbly accepted the award and exclaimed how overwhelmed and touched he was, to have received it in Mysuru city with legends like, Dr. RS alongside.

The evening had more in store for the art lovers. TVG’s concert beamed his prowess as he seamlessly travelled sine-curves through the notes of Karnatak Music. Vid. Ambur Padmanabhan on mridanga, Vid. A.P. Srinivas on violin and Vid. G.S. Ramanujam on ghata supported the vocal with great fervour.

After a perfect start to the mega series, the second evening was dedicated to promote India and Indianism by Bharathadhvaya Foundation led by Anusha Varun. Dr. Pavagada Prakash Rao orated on the topic, ‘Indian Culture at Crossroads,’ an apt subject that needed some light to be thrown upon as this country is racing up the lane of westernisation. Coming to think of owning our culture as Indians, Kala Sandesha Prathishtana, as an organisation, is making repeated efforts in restoring the thinning roots of India. Their adoption of a simple phrase Namo Bharathi as the opening and closing line and, Vande Mataram as the invocation song is appreciable.

Tathvapada by Vid. Kiragasuru Rajappa and team and, Puppet Show by Vid. Ramachandru and team was organised on the third day by Hari Krishnan as part of his venture into promoting the art forms of ‘Intangible Cultural Heritage’ identified by Sangeet Natak Akademy through Abhyudaya Samskruthika Vihara. 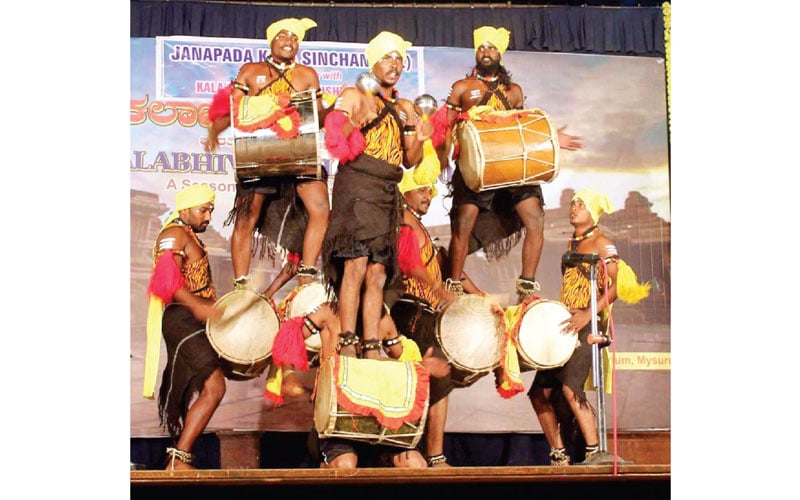 Karavali Kalanikethana led by Pooja Dev formulated a platform for Yakshagana Thalamaddale by Dr. Kabbinale Vasantha Bharadwaj and Ekavyakthi Yakshagana, Dakshayini by Vid. Manjunath N. Puttur that glistened the colours of coastal art on the sixth day. Seventh evening witnessed a violin duet by Prithvi Bhaskar and C.V. Shruthi and Karnatak vocal music by Vid. Manasa Nayana organised by Harshini Purushotham of Swarashraya Gana Sabha. On this day, many art scholars from across the city joined hands in celebrating the announcement of Padma Shri by the Government of India to Mahamahopadhyaya Dr. R. Satyanarayana who is revered for his innumerable and enshrined contributions to the field of Indian art.

After the award ceremony, Dr. Rele and her disciple Saji Menon enthralled and steered the audience to a whole new world of rasas with their subtle yet graceful movements that brought out the very extract of Mohiniyattam, with Vid. M.S. Girisan’s vocal, Vid. C. Gopala Krishnan’s Nattuvanga, Vid. Dakshinamurthy Pillai’s mridanga, Vid. Nanda Kumar’s Edakka and Vid. Narayana’s violin.

Prathisthana President  K. Sandesh Bhargav and his commendable collaboration bore fruits as an art season in Mysuru. His foresights and endeavour brought nearly 100 artistes together in a span of 10 days. In spite of being a corporate professional (Asst. Vice-President, Genpact), Sandesh invests a lot of his time, energy and money to promote and propagate Indian art. Also, Radhika Bhargav carefully crafts the minutes for Sandesh as a Trustee of the organisation and a beloved wife. Indeed, his tenacity and unwavering perseverance transformed a mediocre week to a season of Indian Arts Veneration.