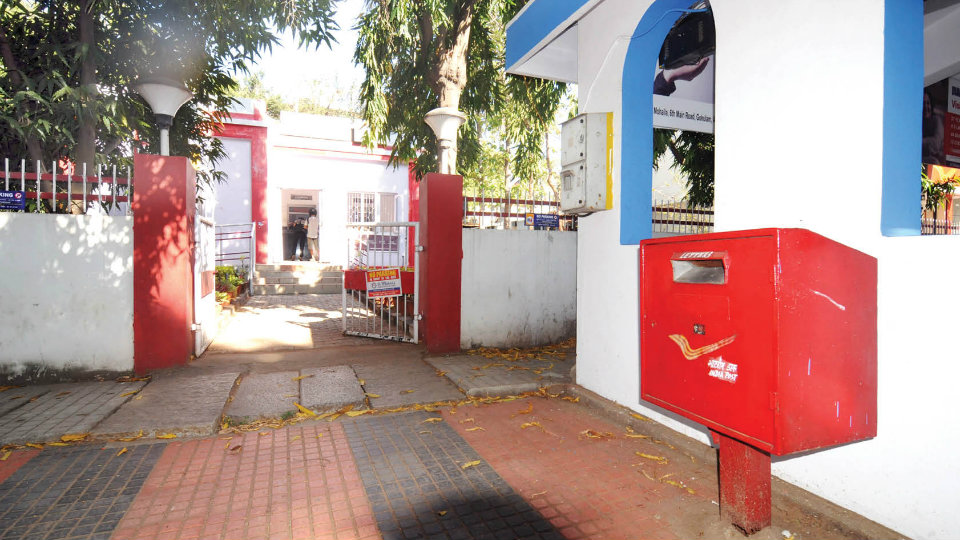 There was a time when there was a particular style of writing letters to one’s parents beginning with the words: ‘Respected father and mother, My deepest pranams to both of you, hope you are all well at your end, I am fine here and ending with please reply to this letter as soon as it reaches your hand.’ There would also be an ‘Om’ written on the top of the letter to seek the Almighty’s blessings.

This was the way people wrote about 30 to 40 years ago and posted the letters in the Letter Box (which is also known as post box, mail box or drop box). The reply would also arrive with the letters written in own handwriting. It would invariably take two or three days and if it was from a distant place, then even a week or 15 days. But the moment the Postman delivered the letters there would be a smile on the faces of people receiving the letter or even sadness depending on the occasion.

Thanks to improved means of communication like Internet, SMS, WhatsApp, Instagram and other social media platforms, the attachment towards the Letter Boxes has lost its sheen and such handwritten letter writing has dropped considerably. The emotion that was attached before with sending and receiving of letters has lost its earlier affection among the public as people are using the easy and instant options available.

Since the last ten years people have moved towards internet with their personal e-mail IDs, apart from group email IDs and the Letter Box has become a thing of the past, standing like an orphan as hardly anyone uses it to drop letters. Besides, the youth population has almost forgotten the art of letter writing as all they need to do is send SMS using abbreviated forms like ‘tnk u.’

Earlier if we had to write long letters we would  use white sheets and put it in a cover affixing a stamp and then drop it in the Letter Box. Also we would buy post cards and inland letters and fill every inch of available space and drop them in letter boxes taking care to see that we push it down so that the Postman will not miss putting it into the mail sack.

The Postal Department would sort them out, stamp them with their Post Office seal and then deliver them to the respective destinations. However,  now the letters in the Letter Boxes have dropped by more than 50%.

According to the officials in the Postal Department the mails are classified into two types — first class mail and second class mail. In the first class mail, people were using post cards, inland letters and envelopes to write personal letters. In the second class, bulk mails like book post, invitations, periodicals and other forms are in use.

In the beginning there was more of first class mail and letters containing personal issues were in large numbers. The reply to these letters was also in huge numbers. But now everything is reduced to SMS, WhatsApp, Facebook which people find convenient as it is faster, in fact in seconds to reach the messages across and also receive the reply instantly.

However, the second class mail has still not stopped. Notices, periodicals and bulk mails are still there. But instead of dropping them in the Letter Boxes, they are taken to the Post Offices directly to post them. This has resulted in 50 per cent drop in use of Letter Boxes, said a Senior Officer in the Postal Department.

Even then, the use of postal services cannot be ignored totally. The Post Offices still render valuable services through their speed post articles, postal life insurance policies and business related articles.

READ ALSO  Where everything is on track

In the midst of all this, different types of red Letter Boxes are still in existence. The days of Postman riding a bicycle carrying huge sacks on his shoulder to collect letters from the Letter Boxes is not there anymore as the dropping of letters in the  boxes has dwindled. This goes to show that people have more or less stopped using Letter Boxes.

When one looks into history it shows that the era of ‘Letter Boxes’ started in 1854. The Letter Boxes in different designs still dot the city and village roads. There are letter boxes which resemble TV sets, some which are more than three feet in height in the shape of a pillar. Even they are divided into categories called C3, C4 and C5 which depicts whether the letter boxes are placed on the ground, whether they are hung on the tree trunks and medium or small size ones, which are still to be seen. For instance, the Letter Box opposite the Head Post Office at Nehru Circle and in Vontikoppal is in the shape of a TV.

Postal Training Centre: A must visit

The Postal Training Centre located in the Karanji Mansion near Nazarbad Police Station is a must-visit place to understand the rich history of the Postal Department. It also houses a Museum. As one enters the place, one is greeted by the green painted tall Post Box with the letters ‘Travancore Anchal’ and it also mentions the name of the company which made it — Massey & Co, Madras, which is of the vintage times of administration of Maharajas of Mysore.

There is also a tall red Letter Box with the royal insignia at the top of the box which states ‘No Clearance on Sundays and Holidays’ that jogs the memories of the people of that era where one would be sure that if the letter is posted on a holiday or Sunday, it would be lying there in the letter box, thus delaying the process of the letters reaching the persons it is meant for in another place.