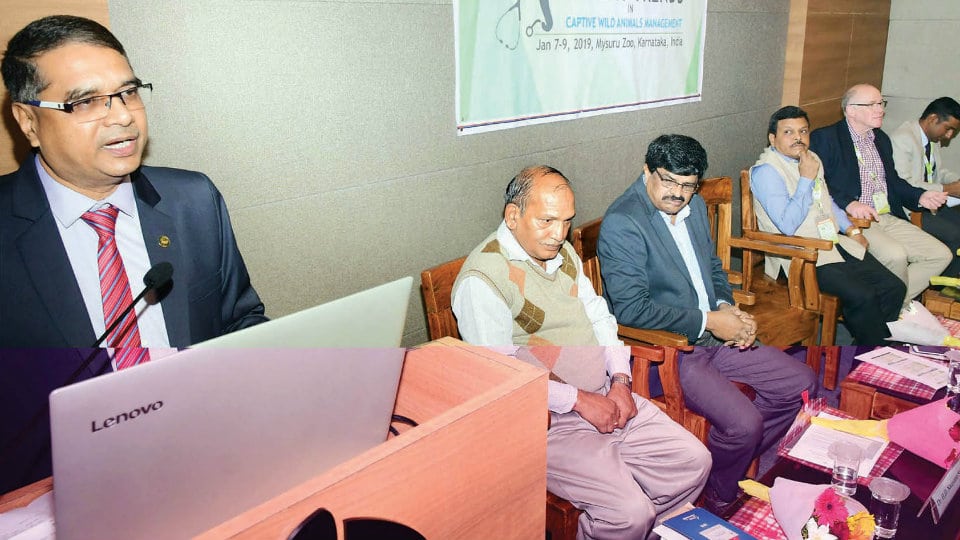 Mysuru:  The role of a Zoo veterinarian goes a long way in a Zoo being declared a good or a bad one, said Central Zoo Authority Member-Secretary Dr. Anup  Kumar Nayak.

He was speaking after inaugurating the country’s first National-level three-day workshop of Indian Zoo Veterinarians, organised by Chamarajendra Zoological Gardens, popular as Mysuru Zoo, to mark 125 years of its completion in 2017, at its premises this morning. He said it is the veterinarians who are responsible for maintaining the health of animals.

“The Central Zoo Authority makes policies and sets standards and there is no compromise on this when it comes to cancelling of licences or its non-renewal. It takes harsh steps to maintain standards. Veterinarians also play a vital role in ensuring good mental health of animals, looking after their nutrition needs and preventing various diseases affecting animals,” he said.

There are 73 species of endangered animals in the Zoos across the country and Zoos play an important role in protecting and preserving such species by breeding them in captivity.  The Mouse Deer in Hyderabad Zoo is a good example where this animal which was on the endangered list is now being bred. Once the breeding takes place, the zoo keepers acclimatise the animals into forest environment before they are released, he said.

Karnataka Veterinary, Animal and Fisheries Sciences University, Bidar, Vice Chancellor Dr. H. D. Narayanaswamy said that many wild animals in Karnataka are in danger and a few of them are on the verge of extinction. Here is where Zoos play an important role in breeding such animals.

However, Zoos are facing new challenges when it comes to fighting diseases like Nipah virus or bird flu where more than the animals getting affected, it spreads to the humans too, he said.

Principal Chief Conservator of Forests and Member Secretary, Zoo Authority of Karnataka B.P. Ravi said that it is a historic moment for Mysuru Zoo as it is hosting the workshop which is a major step in creating awareness among zoo keepers and the people about management of Zoos.

Time is ripe to conduct such workshops as forest cover is disappearing fast and as a result many animals like elephants, leopards, bears and tigers are moving into areas inhabited by humans, thus creating man-animal conflict, he said.

Nearly 45 veterinarians including 28 zoo veterinarians are participating in the three-day workshop with the topic ‘Recent trends in Captive Wild Animals Management’ which will end  on Jan.9.