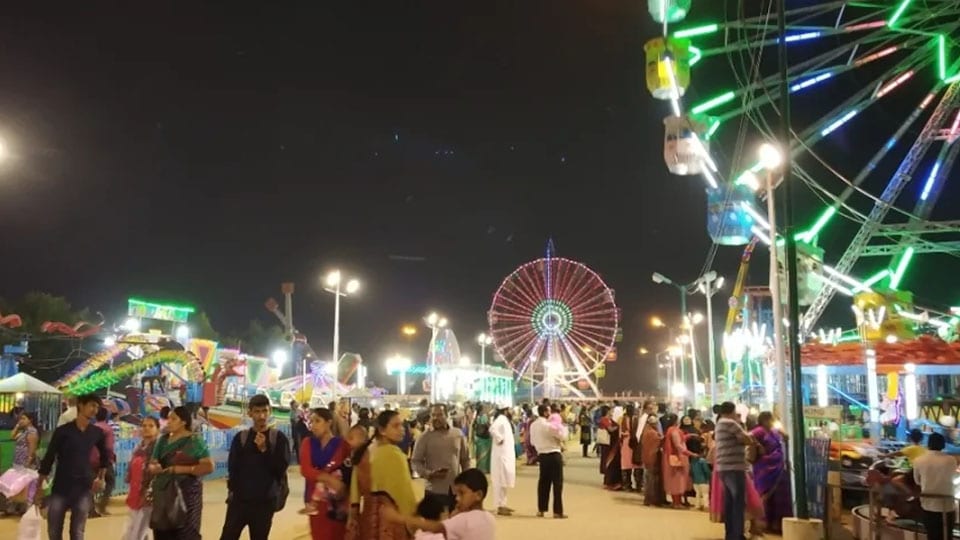 Mysuru:  January 15 will be the last date for the annual Dasara Exhibition.

Earlier, the exhibition was to end today (Jan.7) and following the direction by Tourism Minister S.R. Mahesh and District Minister G.T. Devegowda, the date has been extended.

Officials from the Karnataka Exhibition Authority (KEA) that runs and manages the exhibition told Star of Mysore this morning that the traders were seeking an extension of dates as the businessmen and stall owners had suffered losses.

A large number of stalls were erected quite a few days after the start of the exhibition and till most part of October, many stalls were vacant.

When it was decided to open the exhibition on the day of Dasara inauguration, the KEA faced hurdles as there were no takers for exhibition tenders. When KEA floated the tender for the second                        time, it was awarded to the Bengaluru-based Fun World for Rs.6.99 crore.