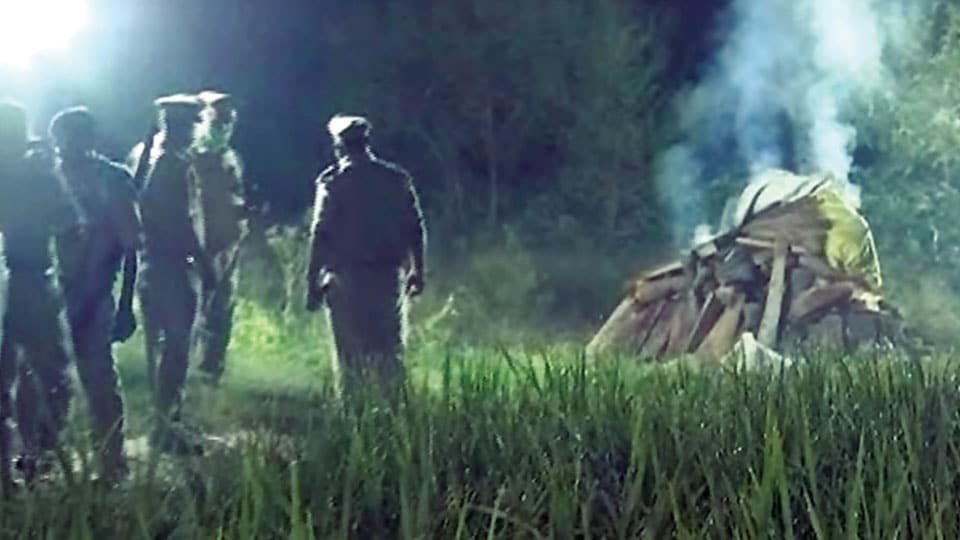 On September 14, in the Hathras district of Western Uttar Pradesh a mother found her 19-year-old daughter lying naked in a field with her tongue protruding from her mouth. The young girl’s eyes were bloodshot and she was bleeding from her mouth. The mother then noticed bleeding in the groin area; she quickly covered her with the pallu of her saree and screamed for help.

Help did arrive; sadly they were no help at all. They were in fact a cleaning crew.  They ended up cleaning up a crime. In doing so they wiped more of the little left dignity and trust in Government institutions —

the Police and the Bureaucracy.

Why was it so hard for the Uttar Pradesh Police to simply follow that law? They just had to file a First Information Report (FIR) immediately, hospitalise the victim, preserve items of clothing, record injuries, record a statement of the survivor in the presence of a Magistrate and if the survivor of the rape should pass away, hand over the body to the family after post-mortem analysis. That’s it. This is the procedure.

Instead what did the UP Police do? They first took the mother and daughter to the local Police Station, and then to the hospital. Then two weeks later she was shifted to Safdarjung Medical Hospital in Delhi, where she died. Then they whisked her body away in the middle of the night and burnt in the dark of the night with no family around. How inhumane! How cruel ! How can a Government institution meant to serve the people suffer such deficiency in empathy and kindness?

When the British left, we thought the Police would no longer be a “force” we Indians have to fear but a “service” that will protect us. But alas, it still remains as the Indian Police ‘Force’ rather than be what independent India named it — Indian Police ‘Service.’

A journalist who was present in the scene has reported that she heard the Police telling the victim’s family “galtiya hui hai” (Mistake has happened) and that it’s time to “move on”! Would the Police say this if a politician’s daughter, a bureaucrat’s daughter or the daughter of one of their own men was left bleeding in field?

While the Police have come off as being heartless, the bureaucracy is not far behind in this case. A video of Hathras District Magistrate Praveen Kumar Laxkar speaking to the family shows him pacifying the family not to go against the administration. He can be heard saying, “These media people… some left today and tomorrow more will leave. Only we will be here with you. Ok? It is up to you whether you want to change your statement or not. We can also change.”

Then we have the politicians. Derek O’Brien pushing the District Magistrate. We wonder how many such fights he has had seeking justice in his home State of West Bengal.  Rahul Gandhi and his sister Priyanka too joined in along with their supporters. Did they really want justice or a photo-op? Because they didn’t find the same urge to fight when other cases happened? Well, we can only guess, it’s political opportunism.

This remind us, in the Island nation of Philippines they have a word for this “political photo opportunism.” It is called “epals”  — attention-grabbing politicians. In fact they have tabled an anti-“epal” Bill, which prohibits public officials and politicians from claiming credit through signage announcing public works projects. But alas, the photo-ops will not stop because sometimes political opportunism masquerading as protest for a cause does help the cause, so media will give publicity. Let it be.

May be as more and more cases of Police and bureaucratic indifference is exposed, it is time if not to bring in reforms to these institutions to begin with, we can at least change the orientation programmes. May be “being humane” can be a subject for all Officers entering these services. Because a Government official bereft of empathy has no right to be in any service, let alone in the service of his fellowmen.

The Allahabad High Court, responding to the Hathras case said,  “It has shocked our conscience.” Well, if we don’t punish these non-empathetic and inhumane Officers, if you don’t dismiss them and only keep suspending them, then our nation is going to keep getting more shocks to its conscience, until one day we all go mad and descend into chaos.