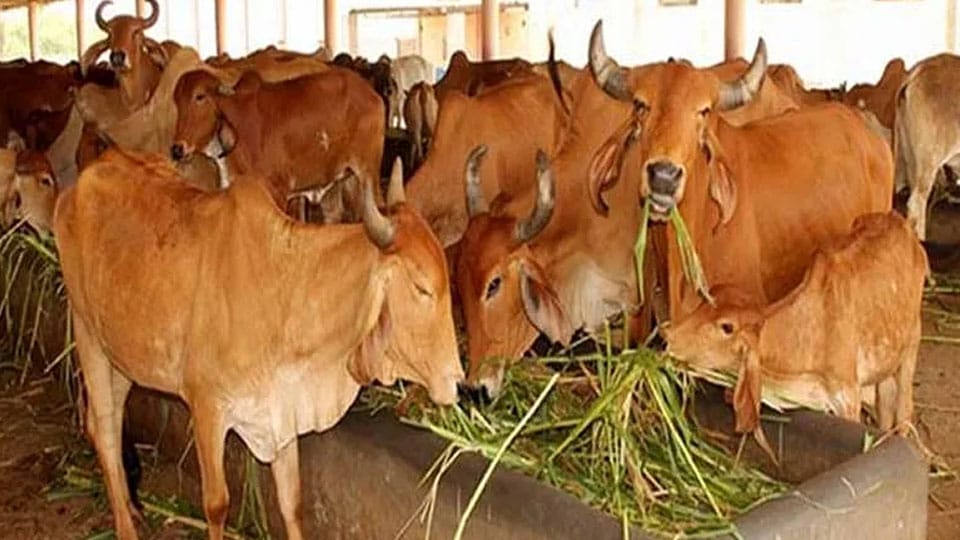 Milk production in India, reportedly more than 180 million tonnes a year, has earned the country top place among the few countries producing milk in large quantities. Mechanical engineer by training, late Verghese Kurien (1921-2012) and his team are credited with transforming the traditional grossly unorganised milk production and sales of milk in the country into a highly organised industry, making Amul across India and Nandini in Karnataka as bywords for good quality milk and the multitude of tongue-tickling products made of the white gold. Although cows far outnumbered buffaloes in the country, the latter species accounted for more than half of the total quantity of milk produced in the land until the exotic breeds such as Jersey, Holstein, Red Dane and others came on scene in a big way, because of their capacity to produce milk many times more than the indigenous breeds such as Hallikar and Malnad Gidda of Karnataka, virtually leading to disfavour of these latter breeds by players in the sector. Now that some voluntary agencies, including a few spiritual institutions are prompting adoption of indigenous breeds for many therapeutic qualities of their milk and other bio-products, they may not face extinction in foreseeable future.

The issue of cow slaughter raged for a few years before the fury of protagonists, including the late Pejawar Swamiji, tapered off over time. Even as voices are raised to totally ban cow slaughter in public domain on and off, milk production is gaining pace bringing prosperity to the members of co-operatives in the milk sector of the economy.

A note included in the website of the Department of Science and Technology (DST), published in a section of the press a few days ago proposing a research project on milk and its various products has not found favour with a section in scientist fraternity of the country. The project with the acronym SUTRA-PIC, expanded as “Scientific Utilisation Through Research Augmentation-Prime Products from Indigenous Cows” has five themes — uniqueness of indigenous cows; their prime products for medicine and health; agricultural applications; food and nutrition and utility items. The scientists who have called for withdrawing the proposed project have opined that the unique qualities of milk and other products of indigenous breeds of cattle are imaginary and derived from religious scriptures. They have argued that funds to be spent on the project amount to waste of money.

Sources in DST have taken note of the reported disfavour of the project by a section of scientists and rightly responded by saying that concerns on apparent bias or widening the ambit to include more bovine would be evaluated by the scientist committee, expecting the programme could unearth new information and therefore worth pursuing. Features such as indigenous breeds of cows involve no cost to maintain and resist drought may weigh in their favour.