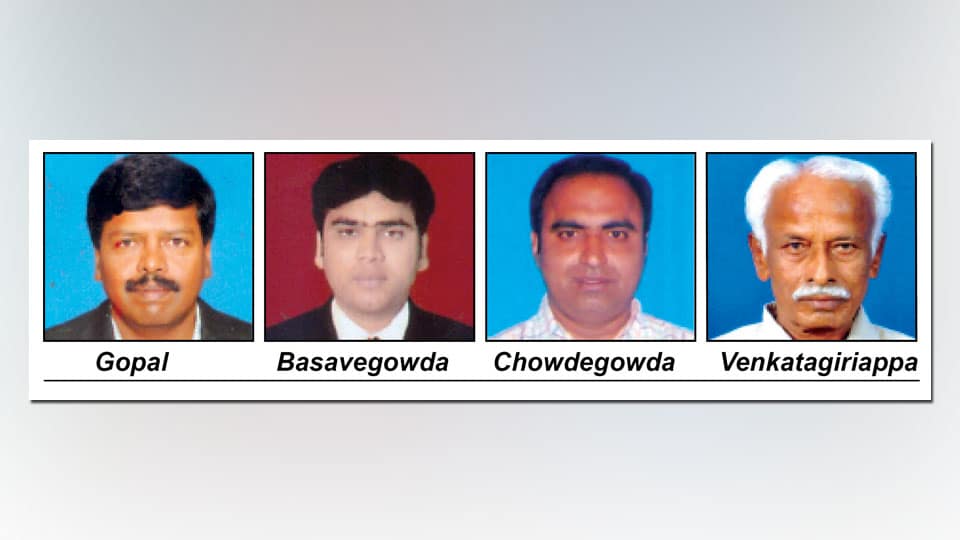 Installation of new office-bearers of Lions Club of Mysore Central

Mysuru: Lions Club of Mysore Central has organised a function to install its new team for 2017-18 on July 9 at 7 pm in Lions Central Hall, near DC’s office in city. The new team will be installed by Ln. Nagaraj V. Bairy, Second Vice-District Governor. The newly-elected office-bearers are: Ln. G. Gopal-President; Ln. S. Basavegowda-Secretary; Ln. Chowdegowda-Treasurer and Ln. Venkatagiriappa-1st Vice-President.