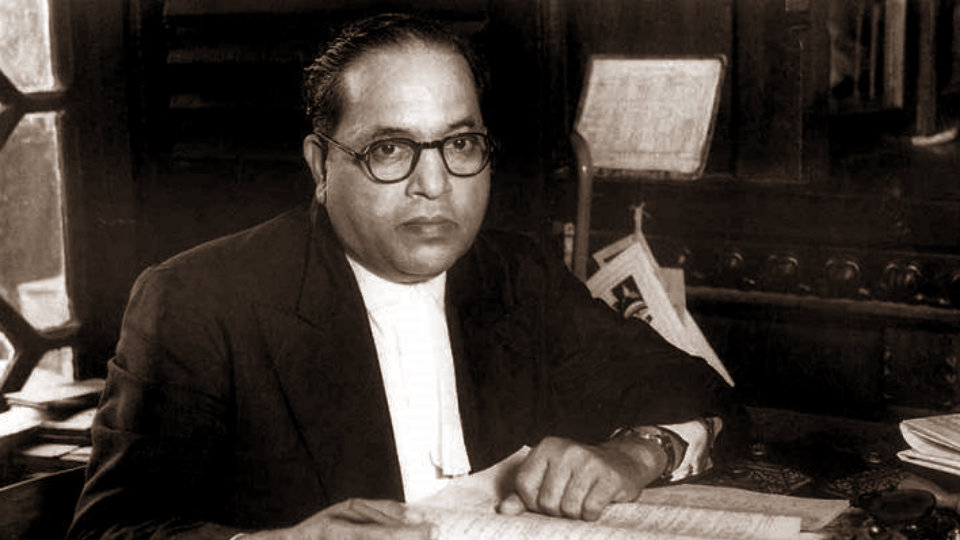 Mysore/Mysuru: The protests by Dalit organisations and other groups demanding the sacking of Raichur District and Sessions Court  Judge who had allegedly insulted Dr. B.R. Ambedkar by reportedly ordering the removal of his (Dr.Ambedkar) portrait during the Republic Day celebrations at Raichur on Jan. 26, entered the third day today in the city.

In another rally, hundreds of people under the banner of Karnataka Rajya Hindulida Vargagala Jagruta Vedike, took out a march from Mahatma Gandhi’s bust opposite the City Law Courts Complex to the DC’s office, where a memorandum was submitted seeking action against the Judge for allegedly insulting Dr. Ambedkar. The rally passed through Krishnaraja Boulevard.

In yet another protest, members of Pragatipara Sanghatanegala Okkoota, staged a demonstration in front of Dr. Ambedkar’s statue in Town Hall.