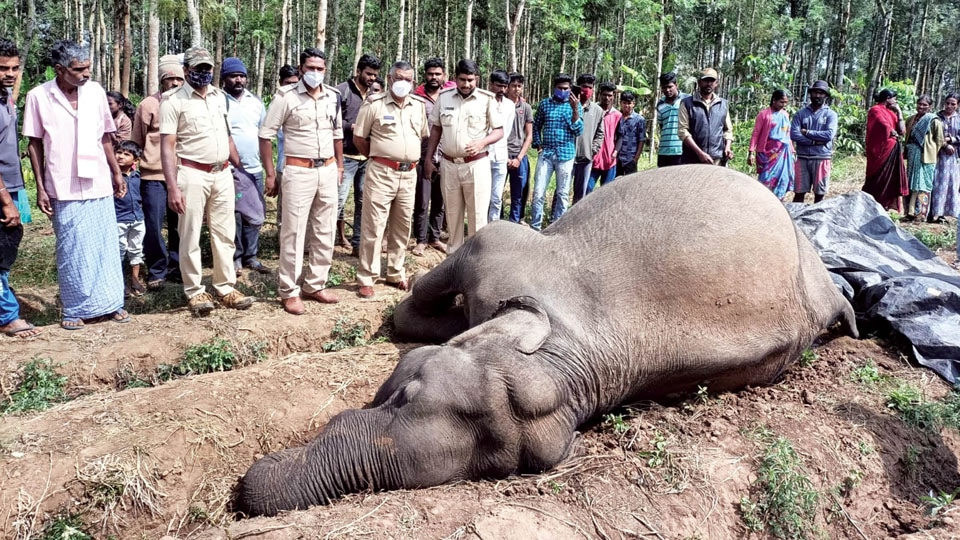 Hunsur: A female jumbo died after a few farmers opened fire at a herd of jumbos to chase them away at Sulagodu village in Anechowkuru Reserve Forest area near Nagarahole National Park in the taluk on Friday.

A herd of jumbos came out of the forest area for food during early hours.

The ill-fated jumbo, aged around 20 years, collapsed as a bullet hit and died instantly at an agricultural land belonging to one Revanna after the farmers opened fire, according to  Assistant Conservator of Forest (ACF) Sathish.

“The incident occurred about 500 metres away from the forest area. A complaint has been lodged and a search operation is on to trace the suspects,” he added.