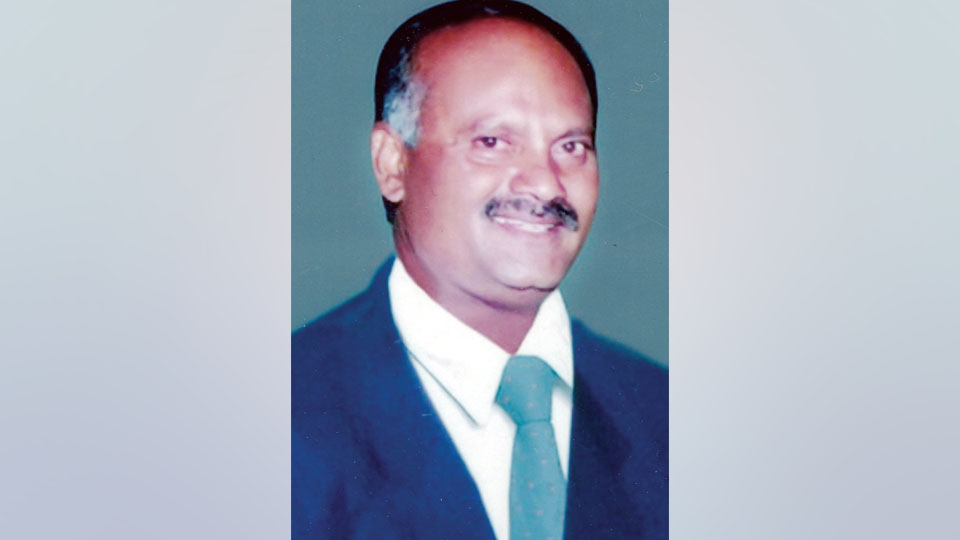 M.S. Madhegowda (68) of Mandya, a dedicated volleyball player and a National and International Coach, passed away at a private hospital in city yesterday afternoon, following prolonged illness.

He leaves behind his wife, two sons, innumerable number of followers, students and a host of relatives and friends.

Body was kept at his residence in Hosahalli Layout, Mandya till 10.30 am today, for public to pay their last respect and later last rites were performed at Ragimuddanahalli in Pandavapura taluk of Mandya.

He has served the field of Volleyball as an Administrator and Manager in the State Volleyball Association for many years.

He had secured Life Time Achievement Award, State Olympic Award and Kempegowda Award and many other awards for his service as a coach and administrator  in the field of Volleyball.

He has produced a lot of National and International Volleyball Players during his service.

Condolence: All the coaches of Sports Authority of Karnataka, Officials and members of Mandya, Mysore and Chamarajanagara District Volleyball Association, volleyball players, Officials of Mandya and Mysuru have expressed their condolences.