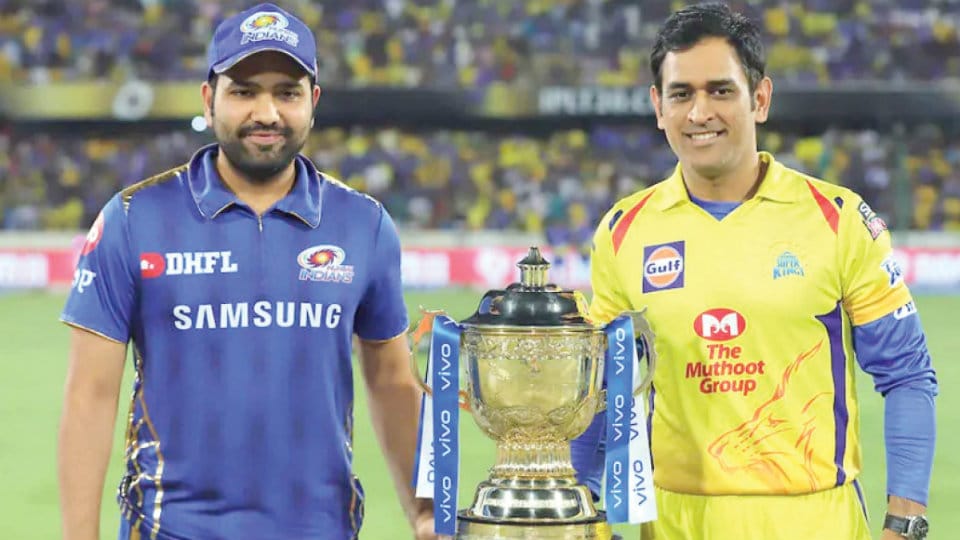 The much-awaited Indian Premier League (IPL) 2020 schedule was announced by the Board of Control for Cricket in India (BCCI) on Sunday.

Mumbai Indians (MI), the defending champions led by Rohit Sharma, will take on the M.S. Dhoni-led Chennai Super Kings (CSK) in the opening match in Abu Dhabi on Sept. 19. The action will shift to Dubai for the second game where Delhi Capitals (DC) will face Kings XI Punjab (KXIP) on Sept. 20. Sunrisers Hyderabad (SRH) and Royal Challengers Bangalore (RCB) will also compete in Dubai on Sept. 21 while Rajasthan Royals (RR) will host the three-time IPL champions CSK in Sharjah on Sept. 22.

The evening matches, which will be played in the United Arab Emirates (UAE), will start at 7.30 pm (IST). There will be 10 double-headers, and the afternoon matches will begin at 3.30 pm (IST).

Dubai will host 24 games, 20 matches will be played in Abu Dhabi while the remaining 12 matches are scheduled to be played in Sharjah.

Venues for the playoff and the final are yet to be announced, according to the BCCI release.

The 13th edition of the IPL is being held in the UAE due to the rising number of Coronavirus cases in India. The cash-rich league was originally scheduled to begin on Mar. 29, but was postponed due to the COVID-19 pandemic.

With the T20 World Cup, originally planned to be held in November, postponed to 2022 due to the global virus crisis, the BCCI decided to shift the IPL to the September-November venue.

The Board of Control for Cricket in India (BCCI) has put in place stringent health and safety protocols for the Dream11 Indian Premier League 2020 Season, which is scheduled to start from September 19th in the UAE.

Accordingly, upon landing in the UAE, all the participants have followed a mandatory testing and quarantine programme. Total of 1,988 RT-PCR COVID tests were carried out between August 20th-28th across all participant groups in the UAE. These groups include Players, Support Staff, Team Management, BCCI Staff, IPL Operational team, Hotel and ground transport Staff.

Thirteen personnel have tested positive of which 2 are players. All the affected personnel as well as their close contacts are asymptomatic and have been isolated from other team members. They are being monitored by the IPL Medical Team.

As per the IPL 2020 Health and Safety Protocols, testing on all participants will be conducted regularly throughout the IPL 2020 Season, the BCCI had said in an official release.