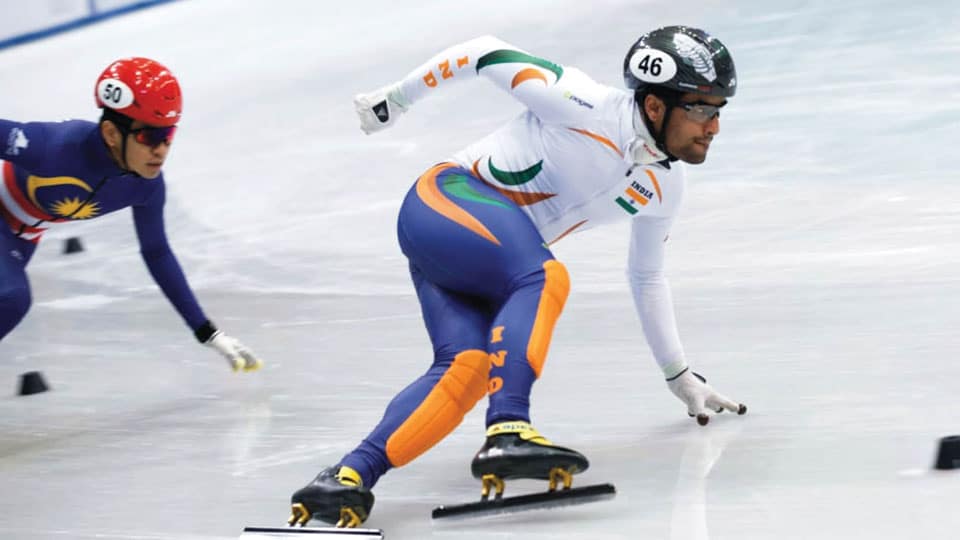 A Mysuru lad is making a mark in Ice Skating in international arena. Making a debut into Roller Skating when he was just two-and-a-half-years-old, this youth is making rapid stride in Ice Skating. He is preparing for the Winter Olympics to be held in China in 2022.

Akash Aradhya, son of Nagabhushan Aradhya and Rekha Aradhya, residents of Chamundipuram in Mysuru, originally hails from Mayagowdanahalli village in K.R. Nagar taluk in Mysuru district. He has bagged Ekalavya Award in 2014.

After completing B.Com from D. Banumaiah’s College in 2016, Akash went to Canada where he has been learning Ice Skating from Coach Jeffrey. He has participated in several competitions and won prizes. In the wake of COVID-19, he came back to Mysuru in March this year, and is working as Auditor at his father’s office.

His father introduced him to Roller Skating at an early age of two-and-a-half years, and put him on training under the guidance of Sridhar Rao of Unnathi Nagar. Subsequently, he underwent another round of training from Srikanth Rao, brother of Sridhar Rao. After 20 years of rigorous training, he participated in district, State and national-level Roller Skating competitions and bagged several prizes.

Akash said he had a wish to participate in 2018 Winter Olympics but it didn’t happen as his ranking was 42. It was mandatory to be within 36th ranking, that too after participating in four World Cup events. At one time, he wanted to stop pursuing ice skating. However, his parents prevailed upon him not to take such a decision and instilled confidence in him. Since then, he was practicing six hours daily. “I am confident of winning a medal in Winter Olympics to be held in China in 2022,” he added.