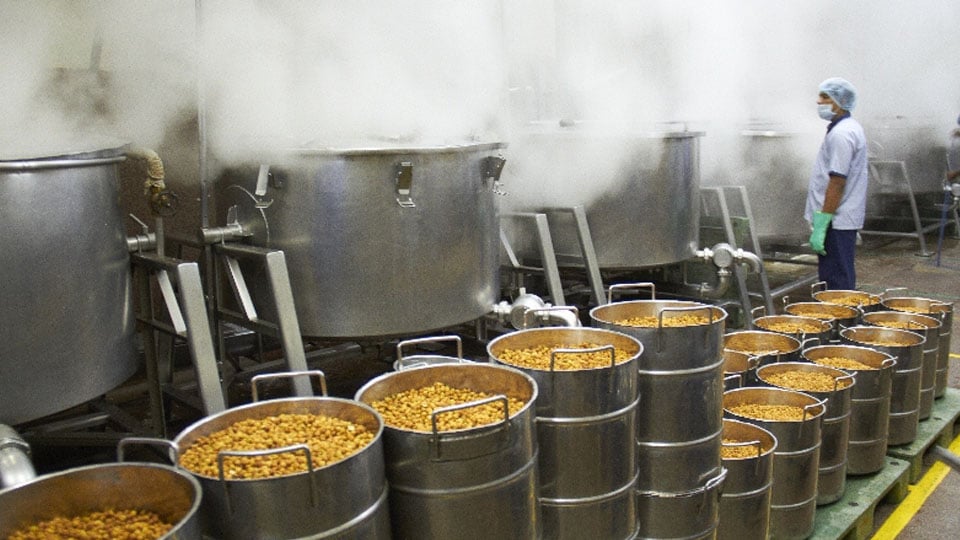 Mysore: The University of Mysore (UOM) has come forward to serve food to hostel students from a centralised kitchen.

This decision was taken at the Syndicate meeting chaired by Vice-Chancellor Prof. G. Hemantha Kumar at the Crawford Hall, here yesterday. In order to provide quality food to the students, a centralised kitchen that ISKCON (International Society for Krishna Consciousness) follows will be planned as per the decision taken by the Syndicate members.

The quantity of food will be prepared based on the strength in the students’ hostels in one common kitchen and then supplied to the respective hostels. Accordingly, the plans are to fulfil the demand for 17 hostels where there are 5,000 students and it should be implemented in the next six months, suggested the members.

At present, the food supply in hostels is given to private contractors. According to sources in the University, a team will study the functioning of  the centralised kitchens including the ones set up by Akshaya Patra Foundation, which supplies food to schools under the mid-day meal scheme. Similarly, the University plans to set up a centralised kitchen in the next six months.

Once the proposal is drafted, it will be placed before the Academic Council which is meeting on June 7 for approval, said a source.

Keeping the future of the students in mind, plans are afoot to start job-oriented B.Sc and B.Ed courses and the meeting decided to write to the National Council for Teachers Education (NCTE) for approval.

The Syndicate also discussed about setting up of a Post Graduate (PG) Centre at K.R. Nagar like the ones already there at University’s Post Graduate Centres in Mandya, Hassan and Chamarajanagar.

This proposal for setting up the PG Centre at K.R. Nagar had come from the Government itself and based on this the University has prepared statutes for establishing the centre. Once the Academic Council gives it’s approval, it will be sent to the Government for its nod, said the source.