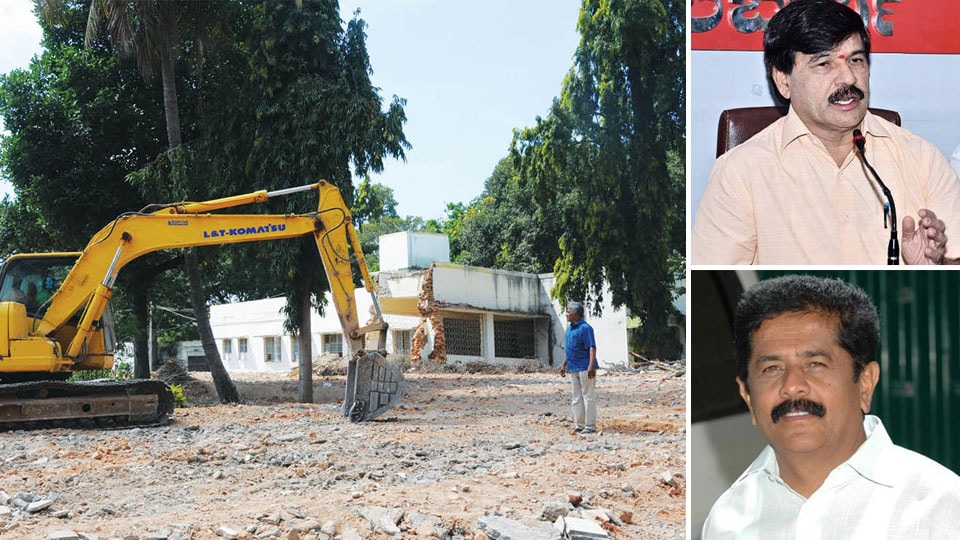 Speaking to reporters at Pathrakartara Bhavan, he said that it was his dream to construct this 100-bed maternity hospital at a cost of Rs.20 crore but not as claimed by Ramdas.

He said that construction of this hospital was the brainchild of former Chief Minister Siddaramaiah.“I, the then Deputy Commissioner of Mysuru C. Shikha, the then District Minister V. Sreenivasaprasad prepared the sketch for this maternity hospital, got sanctioned the project after sending the proposal to the State Government,” he said.

He said that he laid the foundation stone for construction of this hospital on March 10, 2018. “Ramdas said this project was envisaged in 2012 when he was the District in-Charge and Medical Education Minister and he is now seeking false publicity for the programme he (Somashekar) had initiated,” he said.

He also said that former Chief Minister Siddaramaiah had sanctioned more than Rs.5,000 crore exclusively for development of Mysuru city during his tenure. Indeed, the sitting MLA is re-inaugurating, continuing the programmes implemented by previous  Congress Government which will continue till next year, but MLA Ramdas is claiming cheap publicity for the works initiated by him (Somashekar), he said.

He asked the MLA to stop lying to people and stop playing gimmicks in front of the people. He also accused that the sitting MLA has failed to come up with new programmes and schemes in the last six months after he was elected to the Assembly.