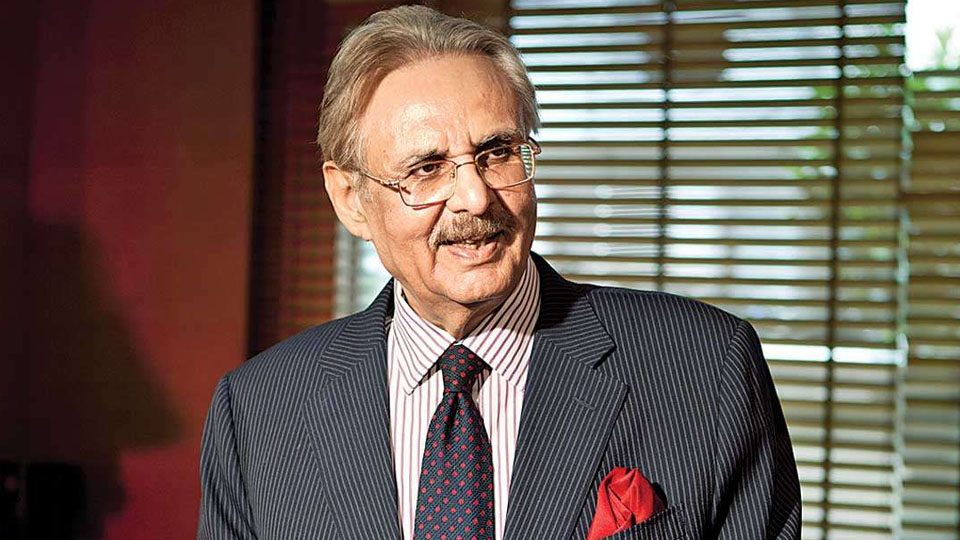 New Delhi: Yogesh Chander Deveshwar, the longest-serving Chairman of the ITC Group,  who transformed cigarette business into one of India’s leading FMCG players, died this morning after a brief illness at a private hospital in Gurugram. He was 72. He is survived by his wife and son.

Deveshwar, who stepped down from an executive role in 2017, remained as a Chairman in a non-executive capacity. In 2016, ITC’s board had “strongly urged” Deveshwar to continue as CEO, but he wanted the company to have a younger leader, a report said.

One of the longest-serving corporate heads in Indian history with over two decades at the helm at ITC, Deveshwar joined ITC in 1968. He assumed office as Executive Chairman in January, 1996.

When Deveshwar took charge at the helm in the mid-90s, ITC was confronted with formidable challenges with diversification efforts either failing or languishing. The company’s revenue was less than Rs. 5,200 crore and Profit Before Tax (PBT) was Rs. 452 crore.

He led the transformation of ITC known mostly as a cigarette maker to a diversified group with presence ranging from FMCG, hospitality, paperboard and packaging, IT and agri business. In 1990s, Deveshwar proved his mettle as a smart businessman, when he staved off British American Tobacco company’s takeover attempt.

Under his stewardship, the company also created several world-class Indian brands in the FMCG space. Under him, ITC launched e-Choupal in 2000, an initiative to link directly with rural farmers via the Internet for procurement of agricultural and aquaculture products like soybeans, wheat, coffee, and prawns, according to a report.

The board decided to extend tenure of non-executive Chairman Y.C. Deveshwar by another two years from 2020 to 2022 so that he could continue to mentor the senior management “given the increasing size and complexity of the organisation”, said a report.

Sanjiv Puri is the current CEO and MD of the company. Between 1991 and 1994, Deveshwar led Air India as Chairman and Managing Director. He is an alumnus of the Indian Institute of Technology, Delhi, and Harvard Business School.

Conferred the Padma Bhushan, he was also ranked as the 7th Best Performing CEO in the world by the Harvard Business Review. He also served as a Director on the Central Board of the Reserve Bank of India and as a member of the National Foundation for Corporate Governance.