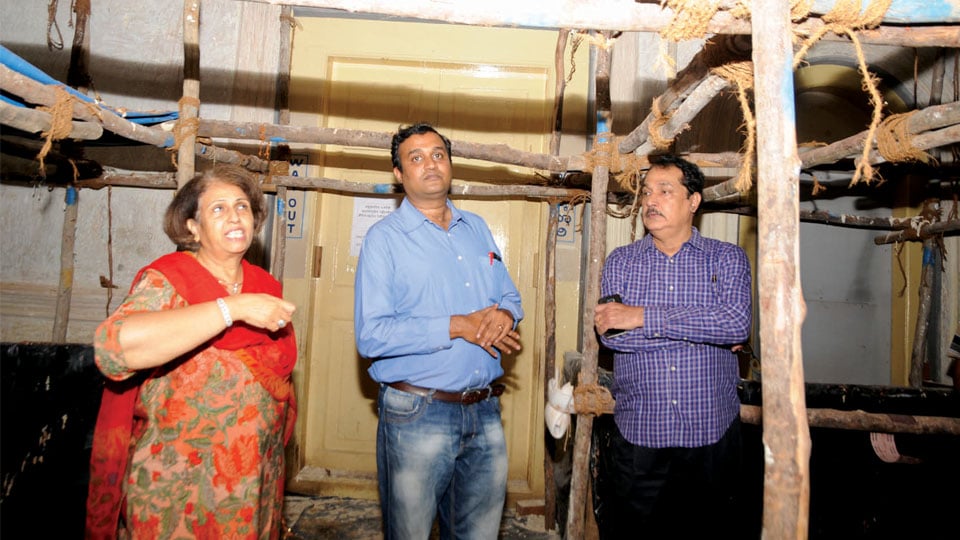 Mysore:  Member of erstwhile royal family Pramoda Devi Wadiyar who is also the Chairperson of Sri Jayachamarajendra Art Gallery Trust said that 60 percent of restoration and renovation works of the historic Jaganmohan Palace Art Gallery has been completed and rest of the works will be completed soon.

Speaking to press persons, taking them along with her around the Jaganmohan Palace this morning, she said that works commenced last year and could not be completed by this Dasara. However, she assured that the renovated work is likely to be finished soon.

As many as 70 skilled workers have been working round-the-clock to complete the renovation. “All measures have been taken for restoration of old glory of Jaganmohan Palace by removing layers of paint from wood and walls. Skilled architects are carefully removing layers of paint from walls. Intricate wooden doors, door frames and other critical aspects are carefully looked into and being renovated,” she said.

Once the renovation is completed, the Jaganmohan Palace will be pest-free and termite-free, she added. Restoration works include the French clock (one of the two clocks available in India), a few other clocks and one of the rarest Drum Organ, a musical instrument, she added. 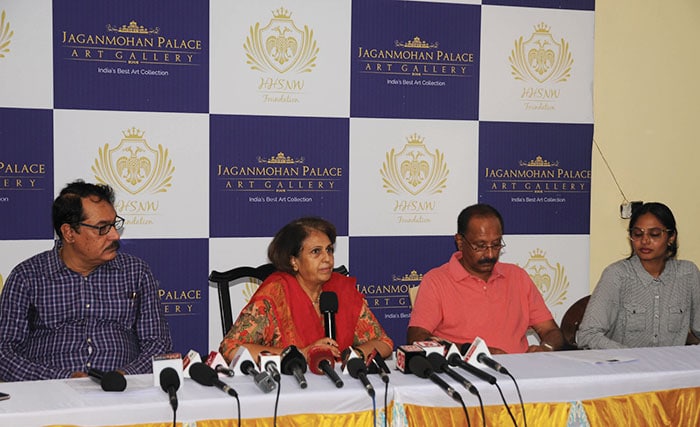 Security system: She further said that all measures have been taken to equip the art gallery with better security system by installing with CCTVs to prevent theft, fire safety measures to prevent fire tragedy. In addition, grilling will be done on wall paintings to prevent visitors from touching the precious paintings.  Plans are on to renew and redesign the electrical system,” she said.

Referring to the objections of receiving honorarium by royal families, she replied that the Apex Court has already given clear-cut instructions to the persons who raised such issues. She declined to comment further on this issue.

She also expressed her unhappiness on the tenants and shopkeepers who owned shops in the Jaganmohan Palace premises for not vacating voluntarily. She said that she had written off one-year tenancy amount but shopkeepers were not vacating.