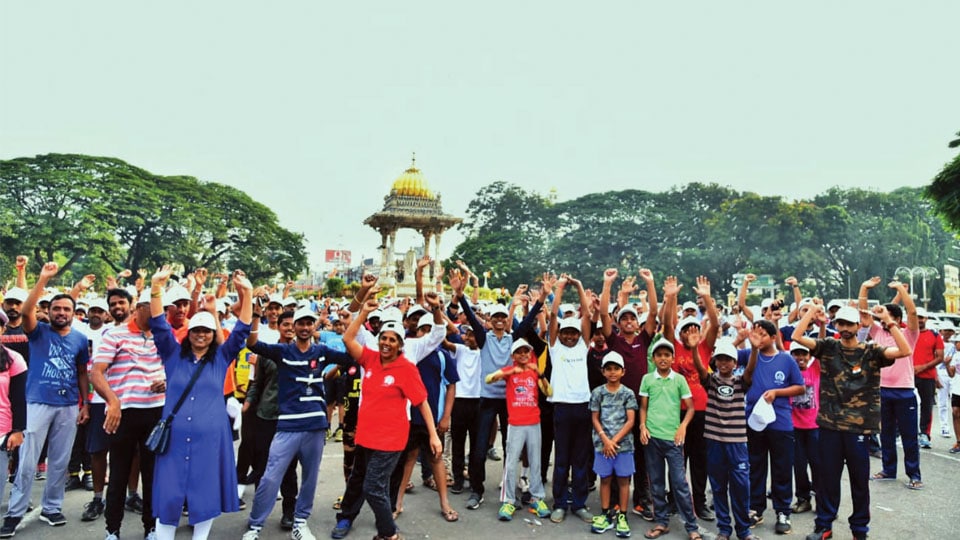 Hundreds participate in ‘Muscles of Irun’

Mysuru: Marking the 125th anniversary of the iconic speech delivered by Swami Vivekananda at the All-Religion Conference in Chicago, USA, Yuva Brigade Mysuru had organised a run titled ‘Muscles of IRuN’ in city this morning with a thematic question ‘Do you have muscles of iron?

Over 500 people including women and children participate in the event which was held in four categories with three prizes awarded in each category.

The run was flagged off by Indian Women’s Volleyball team Coach Hemalatha in front of Kote Anjaneyaswamy Temple here which passed through Gandhi Square, Dufferin Clock Tower, Devaraj Urs Road, Metropole Circle and Cheluvamba Park before culminating at the location of the statue of Swami Vivekananda adjoining the park. 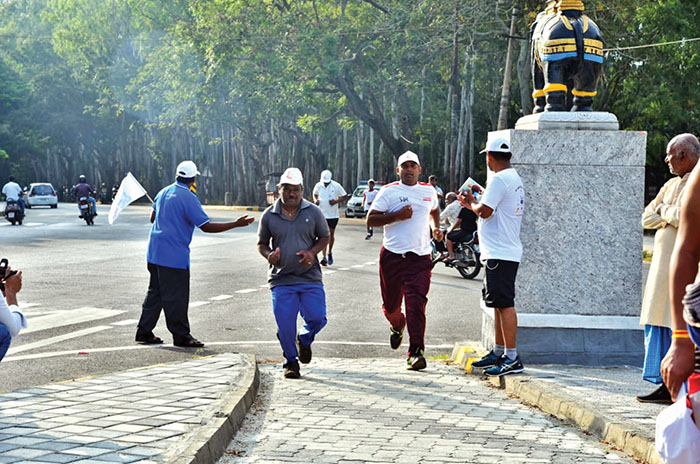 Prizes will be presented to the winners at a function to be held at Nadabrahma Sangeetha Sabha, JLB Road here on Sept. 20.