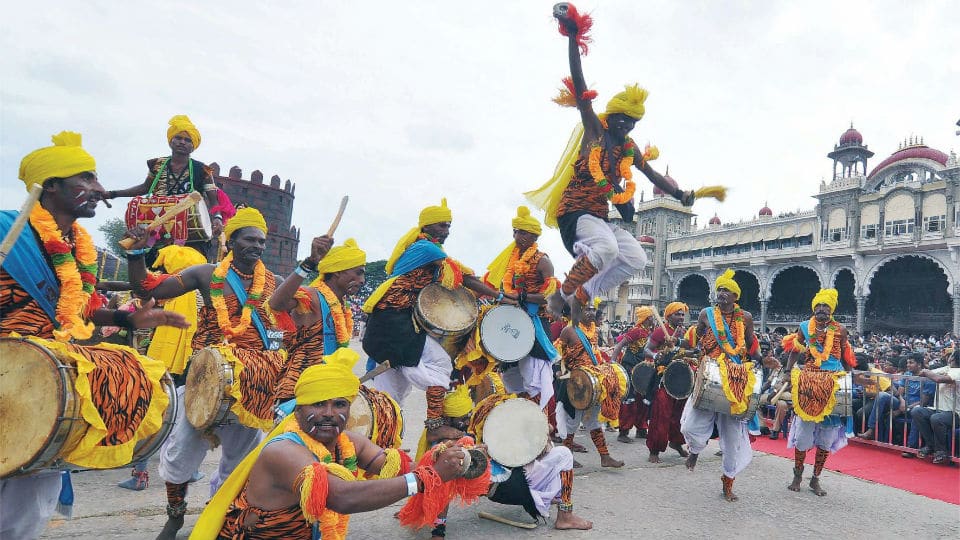 Janapada Academy to bring out folklore literature in 100 volumes

Mysore/Mysuru:  Kannada and Culture Department Joint Director Balwantrao Patil said that the Karnataka Government has planned to bring out Folklore Literature in 100 volumes.

He was speaking at the seminar ‘Janapada – Nelada Samskruti’ organised as part of ‘Rangayanadangaladalli Janapadaru’, a two-day folk festival organised by Rangayana in association with the Directorate of Kannada and Culture ahead of ‘Bahuroopi’ National Theatre Fest, at B.V. Karanth Rangachavadi in Rangayana premises here recently.

Pointing out that 56 volumes have already been completed, Patil said that the rest of the volumes are under print.

Rangayana Director Addanda C. Cariappa said that it is special that several tribal communities have existed only in the name of art or art forms.

Stating that tribals have played a keyrole in the survival and sustenance of our culture and traditions, he asserted that Rangayana was committed for organising more such programmes.

Balwantrao Patil Folklore Literature Kannada and Culture Department
What God has given to Mysureans, let us not destroy it: Save Chamundi Hill
NIE signs MoU to boost Start-ups