Home » Voice of The Reader » Jayalakshmi Vilas Mansion caves in: Lack of pride to preserve our royal heritage 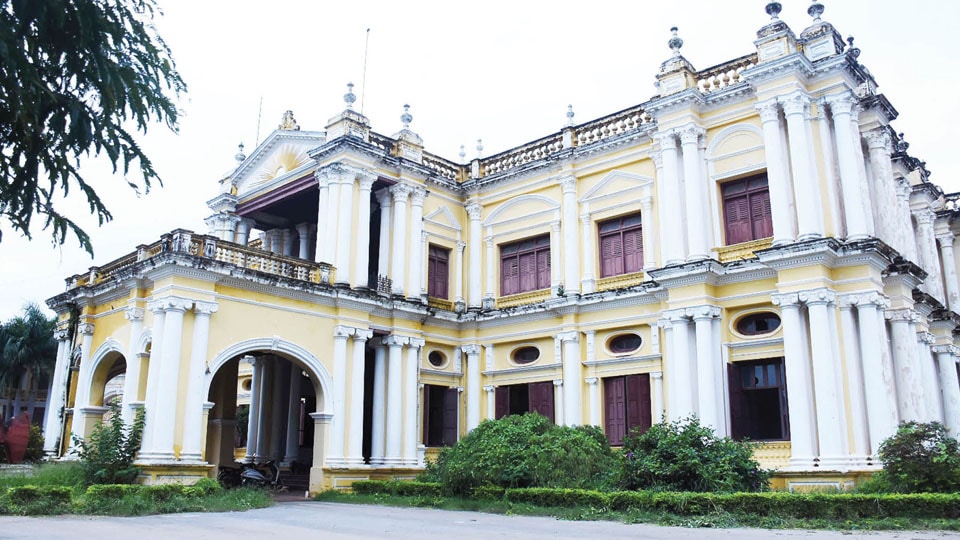 Jayalakshmi Vilas Mansion caves in: Lack of pride to preserve our royal heritage

When I saw the report about caving of ceiling in the Jayalakshmi Vilas Mansion, it did not come as a surprise (SOM dated Nov.16). In fact, when I went on my morning walk one day prior, seeing the magnificent heritage building in such a shocking stage of neglect, I was in the process of writing about it.

When I used to go on walk along with Prof. B. Sheik Ali, he was particular that we should go by its side. He had an emotional attachment having taught History during 1960-61. He used to always appreciate the carved Mantap inside. This neglect of the  building is not new, it has gone on for years. This can only be described as criminal neglect.

I had written about some good work done by Mysore Varsity in connection with the visit of National Accreditation Team. Obviously, it can be considered as cosmetic work to impress. Why talk about the iconic building, even the everyday maintenance of footpaths, roads and lawns show the sad state of affairs.

There is a talk of huge cost for restoration of the Mansion but it boils down to lack of will and pride in our heritage. As per the report, the Government-appointed Heritage Expert Committee had written to the Vice-Chancellor and sought immediate action and  if action had been taken, perhaps this damage could have been avoided. Was this subject discussed in the Senate at any time or did they make an appeal to Government for ex-gratia fund or even as a desperate attempt raise this issue with the general public of Mysuru and try to raise funds?

It is not as if the bulk of funds are required at one go. Work could have been taken progressively by prioritising. Let it not share the same neglect of two other heritage structures which are sticking up as sore thumb marring the skyline of Mysuru.