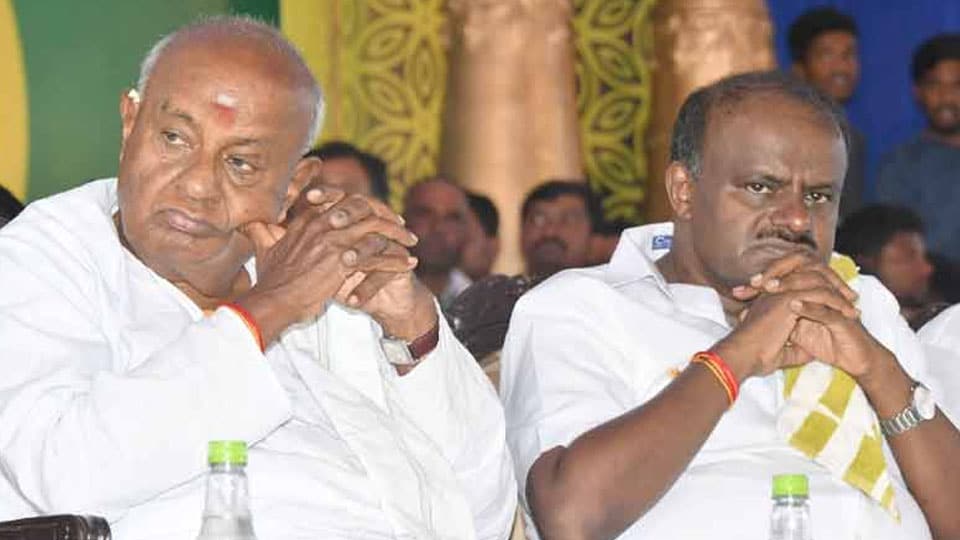 JD(S) in difficulty over finding candidates for LS seats

Bengaluru:  With the JD(S) getting eight out of the twenty eight Lok Sabha (LS) seats in the State as per a seat sharing pact  signed between the ruling coalition partners-JD(S) and Congress, the regional party is finding it difficult to get candidates in some seats allotted to it for the LS polls.

Even as JD(S) supremo and former PM Deve Gowda is still dilly-dallying on contesting the LS polls, the party is on the same page in finding strong candidates in respect of Uttara Kannada, Udupi-Chikkamangalur, Vijayapura and Bengaluru North seats.

The JD(S) is now looking for leaders from its coalition partner, the Congress, to contest the polls on its JD(S) ticket from these seats. In Uttara Kannada, the JD(S) is hoping to field Prashanth Deshpande, son of Revenue Minister R.V. Deshpande. Deve Gowda is said to have held talks with R.V. Deshpande in this regard.

For the Udupi-Chikkamagalur seat, the JD(S) is looking at Congress leader Pramod Madhwaraj. Here, the JD(S) had hoped that senior BJP leader Jayaprakash Hegde would defect to the party, if denied the BJP ticket. But Hegde refused to defect and as such the party had no option but to look at Pramod Madhwaraj.

In Vijayapura the JD(S) is likely to field former Congress Minister Shivaraj Tangadagi from this SC reserved seat.

As far as Bengaluru (North) is concerned, the JD(S) is in a dilemma whether to field its supremo H.D. Deve Gowda or not. As Deve Gowda is still undecided on contesting from this seat, the JD(S) is mulling on fielding a businessman who is close to senior Congress leader Mallikarjuna Kharge, it is learnt.