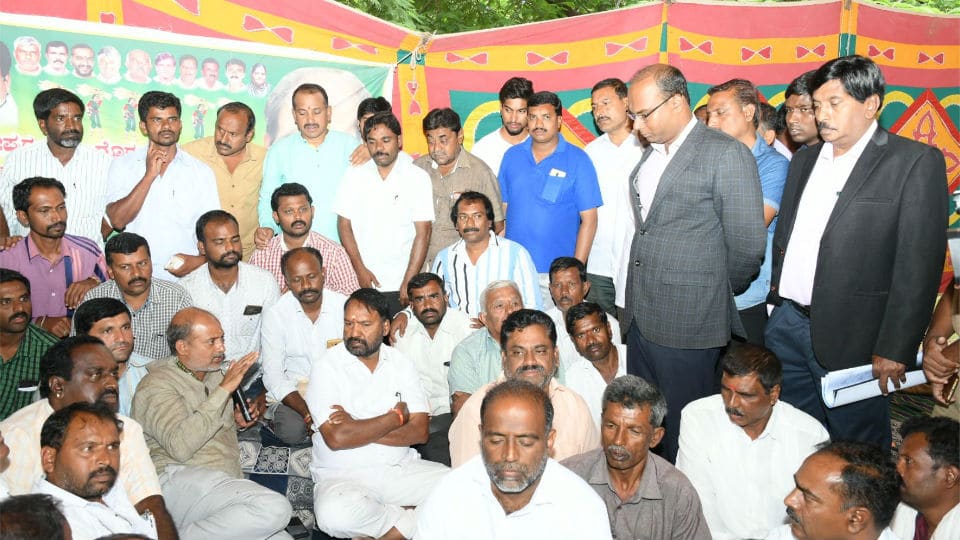 DC D. Randeep, who visited the CADA office, tried to convince the agitators to withdraw the stir and said that he would put the issue before the Cauvery Advisory Committee and try to solve the issue. But the agitators, who were not convinced, asked the DC to first stop releasing water to KRS and release the same to canals for farmers to take up agricultural activities and later submitted a memorandum to the DC.

The DC said, he would forward the same to the Government.