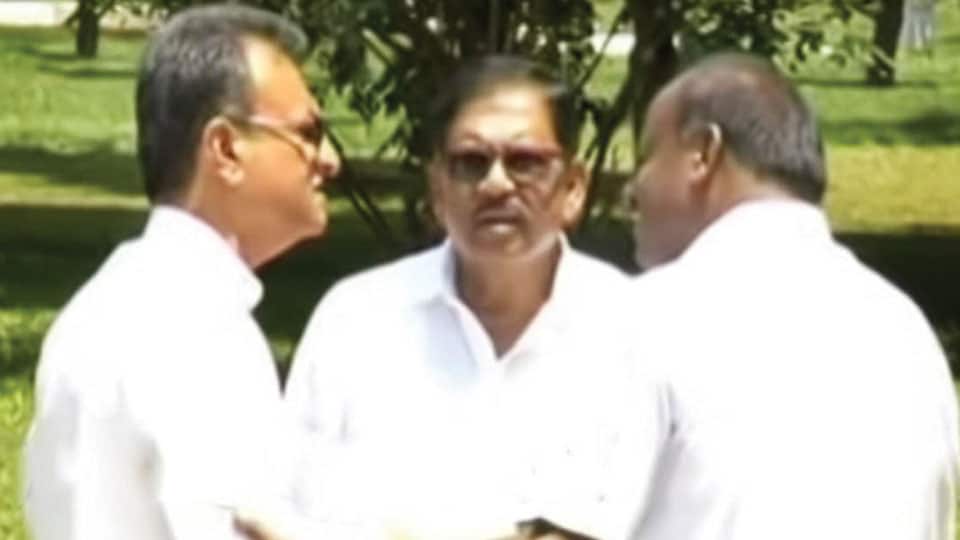 • All three vacancies to be filled by Cong. rebels

• State BJP ready for polls if Assembly is dissolved

Bengaluru: Having registered a massive win in the Lok Sabha polls — a clear majority at the Centre and 25 out of 28 seats in Karnataka — the State BJP is reviving efforts to topple the Kumaraswamy-led JD(S)-Congress Coalition Government in Karnataka using the already identified rebels. And to quell dissent and desperate to save the one-year-old government, the JD(S) has decided to sacrifice its quota of two Ministerial berths in favour of Congress.

The Congress rebel group led by former Minister Ramesh Jarkiholi is likely to come out of the party anytime from now thus threatening the stability of the government. At present, the Congress has one vacancy and the JD(S), two in their respective quota of Ministerial berths.

As per the latest decision by the JD(S), all the three Ministerial berths will now go to Congress and three people supporting Ramesh Jarkiholi — Mahesh Kumthalli, B. Nagendra and B.C. Patil — are expected to be made Ministers. Jarkiholi will be left out as neither the Congress nor Kumaraswamy are inclined to give a Minister’s post to him.

The Congress vacancy was created following the demise of Municipal Administration Minister C.S. Shivalli while one of JD(S) was due to resignation of Primary and Secondary Education Minister N. Mahesh of the BSP and the other due to non-filling of the berth since the formation of the Cabinet a year ago.

With more than 10 Congress MLAs reportedly working behind the scenes to quit the post and join the BJP, Kumaraswamy, rattled by the political developments on Sunday, held a late night meeting with CLP leader and former CM Siddharamaiah yesterday and discussed about Cabinet expansion, in order to placate the disgruntled MLAs.

Today morning, Kumaraswamy and his deputy Dr. G. Parameshwara met Mahesh Kumthalli behind the statue of Jawaharlal Nehru at Vidhana Soudha in Bengaluru and assured him of a Ministerial berth.

Meanwhile, Siddharamaiah, who is in Mysuru, this morning said that there will not be any Cabinet reshuffle next week but the existing vacancies will be filled.

On Ramesh Jarakiholi and Congress MLA Dr. K. Sudhakar meeting senior BJP leader S.M. Krishna yesterday, Siddharamaiah said that the meeting was just a coincidence. “Both Jarkiholi and Sudhakar have said that their visit to Krishna was a courtesy call and not a political meeting. They wanted to wish Krishna after the BJP won 25 seats in Karnataka. Both Jarkiholi and Sudhakar did not know that BJP leaders including R. Ashok would be present at Krishna’s residence. This is just a coincidence,” he said.

The BJP, which won 104 seats in last year’s Assembly elections, had been kept out of power by a post-poll coalition forged by the Congress (80 seats), and the JD(S) (37), in the 224-member House where 113 is the simple majority.

Meanwhile, the State BJP leadership’s hands seem to be tied for now by the party High Command. Efforts to topple the State Government will only begin after the swearing-in of the new Government at the Centre led by Narendra Modi, party sources said.

Yeddyurappa has said that his party was ready for an election if the State Government dissolves the Assembly. “If the Assembly is dissolved today and we go in for fresh polls, there is no doubt that we will win 175 seats (out of 224). It is for this reason that the coalition is trying to overcome personal animosity and Kumaraswamy has met Siddharamaiah to seek help to save this Government. However, even now at least 18-20 Congress MLAs are unhappy and are not ready to accept Kumaraswamy as their Chief Minister. They might take any decision and I am waiting for that,” he added.