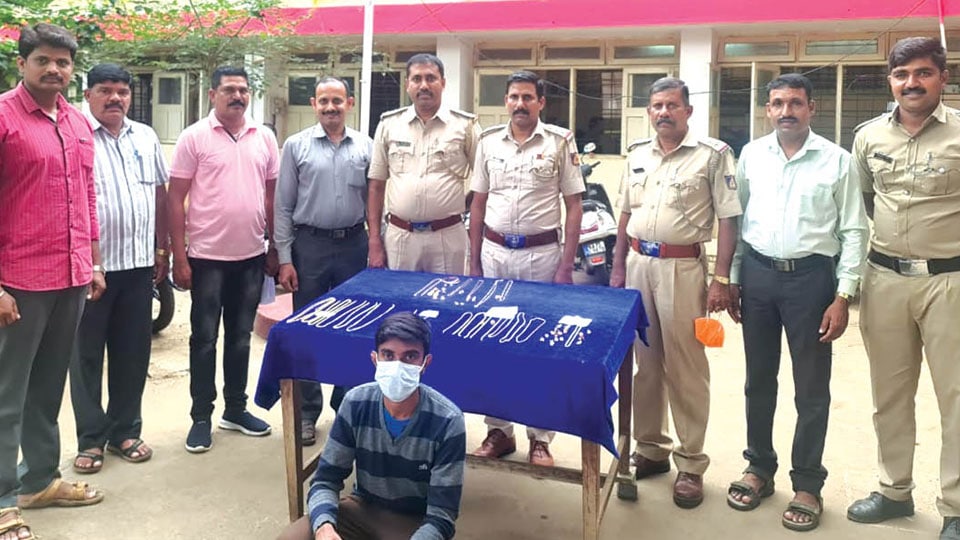 Hunsur: Hunsur Town Police have arrested a youth, who had stolen about 600 grams of gold ornaments from the jewellery store he was working and have recovered 503 grams gold ornaments worth Rs. 25 lakh from him.

The accused is Shivaram, an employee of Paras Pruthvi Jewellers on JLB Road in Hunsur.

The Police, following a complaint from Santosh Kumar, Manager of Paras Pruthvi Jewellers on Aug. 2, had registered a case under Column 381, 406 and 408 of the IPC.

Hunsur Town Inspector C.V. Ravi, following instructions from Superintendent of Police (SP) R. Chethan, Additional SP R. Shivakumar and Hunsur Sub-Division DSP Raviprasad, took Shivaram into custody on Aug. 4 and during interrogation the accused is said to have confessed of committing the crime.

Based on the information provided by the accused, the Police have recovered 503 grams gold ornaments worth Rs. 25 lakh from him.