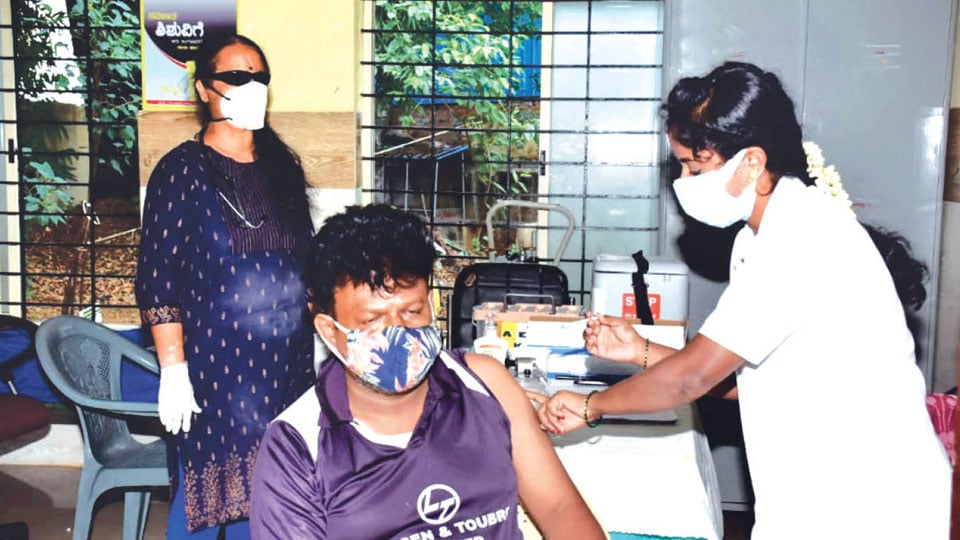 New Delhi: Jharkhand and Chhattisgarh are wasting one out of every three vaccine doses and are the biggest vaccine wasters in the country, says Health Ministry data at a time vaccinations have slowed down or halted at several States because of the shortage of shots.

Jharkhand is the worst when it comes to wasting COVID shots, says the Health Ministry, adding that many States are complaining about the shortage of vaccines on one hand and allowing substantial stocks to go waste on the other.  Jharkhand Chief Minister Hemant Soren has, however, disputed the data saying correct vaccination data could not be uploaded on the CoWin site because of glitches.

The national average of doses being wasted is 6.3 percent, the Health Ministry says.

“Whereas States have been urged repeatedly to keep vaccine wastage below one percent, many States such as Jharkhand (37.3%), Chhattisgarh (30.2%), Tamil Nadu (15.5%), Jammu and Kashmir (10.8 %) and Madhya Pradesh (10.7%) are reporting much higher wastage than the national average,” officials say on the figures released last evening.

Chhattisgarh is second in wasting vaccines and Tamil Nadu is next, the data suggests. “In any big vaccination drive, some wastage is always factored in and that is used to buy and distribute vaccines. The Wastage Multiple Factor is very important in deciding these figures,” say Health Ministry Officers. Reacting to the Health Ministry data, Jharkhand’s Hemant Soren tweeted, “As per total vaccine doses availability with Government of Jharkhand till today, the current vaccine wastage proportion is only 4.65 percent.”

According to the Health Ministry, vaccines are wasted because of factors like doses crossing the expiry date, getting destroyed by extreme heat or cold, or theft. When the vaccine is spoilt in the vials, it is either because the entire dose has not been injected or the open vial has been dropped into water. “States where there is the most vaccine wastage are clearly unable to run the vaccination drive effectively. A part of it is due to lack of awareness,” officials say.