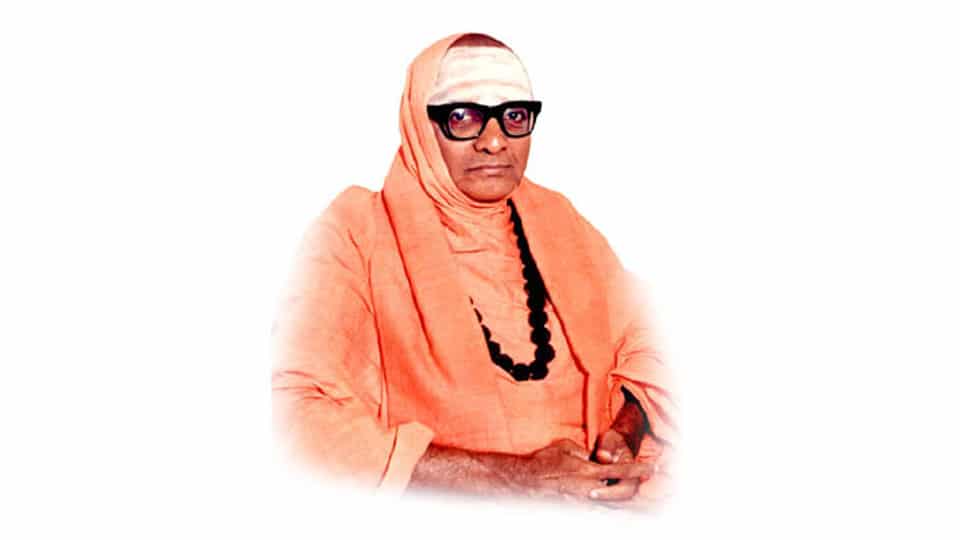 Mysuru, the Cultural Capital of Karnataka, is a fertile bed for fine arts, especially Karnatak Music. The patronage of the Wadiyar dynasty led to the evolution of a distinctive Mysore style across many art forms such as architecture, painting and music. As centuries passed, the Royal furtherance of support towards music waned away. However, many organisations and Music Sabhas are now the torch-bearers for the cause of music.

JSS Sangeetha Sabha is among the prestigious institutions which strives for promoting classical music.

Under the patronage of Jagadguru Sri Shivarathri Deshikendra Swamiji of Suttur Mutt, the Sabha aims at featuring top artistes and talented youngsters. In addition to conducting monthly concerts, the Sabha conducts a grand music conference in memory of Dr. Sri Shivarathri Rajendra Mahaswamiji, the Founder of the Sabha, every year in the month of December.

This year, owing to the pandemic situation, in place of the Conference, a Music Festival is being held from Dec. 2 to 6 in the evenings at Navajyothi Auditorium of JSS Women’s College, Swimming Pool Road, Saraswathipuram.

There will be two concerts each day, one from 6 pm to 7 pm, by upcoming young artistes and another by established musicians.

The festival will be inaugurated tomorrow at 6 pm by Mysore University Vice-Chancellor Prof. G. Hemantha Kumar in the presence of Suttur Seer Sri Shivarathri Deshikendra Swamiji.

The inauguration will be followed by a vocal recital by Dr. R.K. Padmanabha, accompanied by Vid. J.K. Sridhar on violin, Vid. Cheluvaraj on mridanga and Vid. V.S. Ramesh on morching.

On Dec. 3, a violin duet by Vidu. Divyashri and Ratna Teja is scheduled at 6 pm. They will be accompanied by Vid. Yashwant Hampiholi on mridanga and Vid. S. Manjunath on ghata.

At 7 pm, Vid. Rudrapatnam S. Ramakanth is set to perform a vocal concert. The accompanists are: Vidu. Charulatha Ramanujam on violin, Vid. Arjun Kumar  on mridanga and Vid. C.P. Vyasa Vittala on kanjira.

On Dec. 4 at 6 pm, Vid. Bangalore Nishanth will perform a vocal concert accompanied by Vid. Keshava Mohankumar on violin and Vid. Yashwant Hampiholi on mridanga.

At 7 pm, Vidu. Nirmala Rajashekar will present a veena recital. She will be accompanied by Vid. Muruga Bhoopati on mridaga and Vid. Vazhappally Krishnakumar on ghata.

On Dec. 5 at 5.30 pm, a vocal concert will be performed by Vid. Aneesh Bhat accompanied by Vid. Sumanth Manjunath on violin and Vid. Puttur Nikshith on mridanga.

At 7 pm, a vocal recital by Vidu. Kalavathy Avadhoot along with Vidu. Adithi Krishnaprakash on violin, Vid. Tumkur B. Ravishankar on mridanga and Vid. Vazhappally Krishnakumar on ghata.

The valedictory will be held on Dec. 6 at 6 pm. It will be presided by Vid. Mysore Nagaraj in the presence of Suttur Seer Sri Shivarathri Deshikendra Swamiji. The chief guests are: PDG Rtn. M. Lakshminarayan of Jayachamarajendra Art Gallery and Vid. Anoor Anantha Krishna Sharma, President, Karnataka Sangeetha Nritya Academy.

This will be followed by a flute recital by Vid. Vamshidar accompanied by Vid. Mattur Srinidhi on violin, Vid. Anoor Anantha Krishna Sharma on mridanga and Vid. G.S. Ramanujam on ghata.