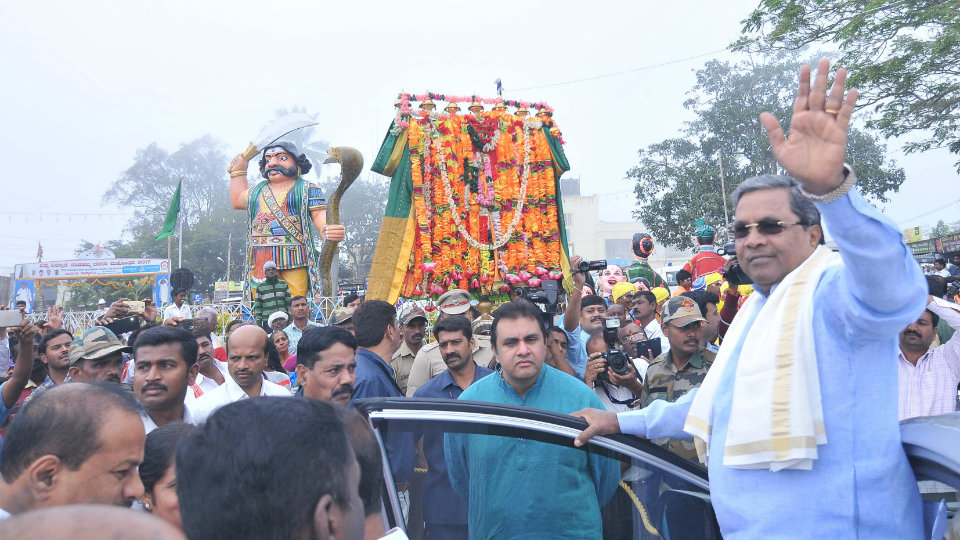 Mysuru: Chief Minister Siddharamaiah today said that he had written to the Centre requesting it to send the Military and Air Force contingent to participate in Dasara procession, this year and also for the Air Show. The District Administration had been directed to make all preparations.

Addressing the gathering atop Chamundi Hill, he said that the Jumboo Savari should be held along the lines of Republic Day Parade held in New Delhi.

“Prof. Nissar Ahmed is not just a poet and a great writer but he is a person with a secular outlook and always interested in maintaining communal harmony. In 1983, I was just a first-time MLA but I was made the President of the Kannada Watchdog Committee when great poets like Prof. Nissar Ahmed, Siddaiah Puranik, Devanur Mahadev  were in the Committee. It was then that my interest in Literature began and has continued to this day though I have never written anything,” he said.  This is a State festival and there is no restriction for people to participate in the fest. After three years of drought, this year we decided to celebrate in a grand manner.