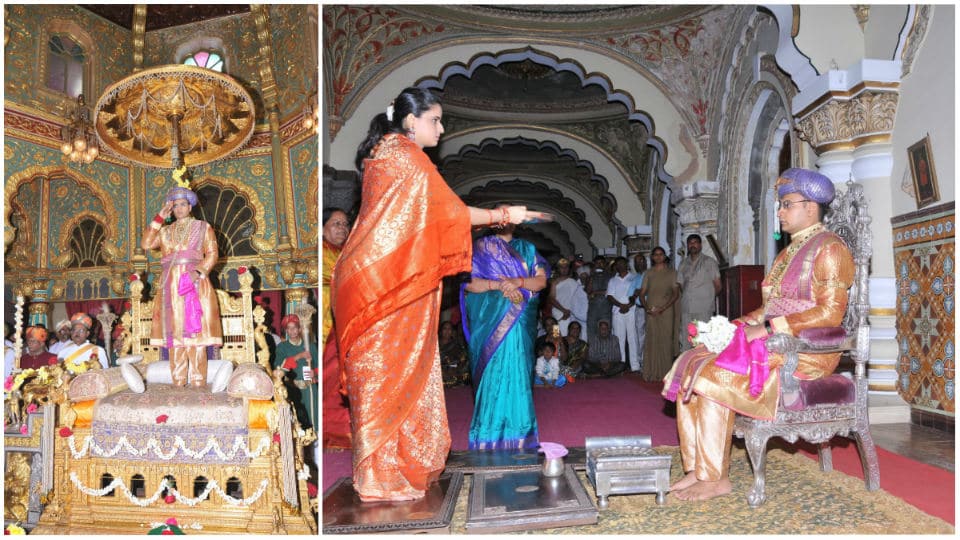 Mysuru:  With this year’s Navaratri commencing from today, the Mysore Royal Family also began its annual Dasara rituals at the Palace with Yaduveer Krishnadatta Chamaraja Wadiyar ascending Golden Throne between 12.45 pm and 12.55 pm at Durbar Hall today to mark the commencement of Khas Durbar (Private Durbar). 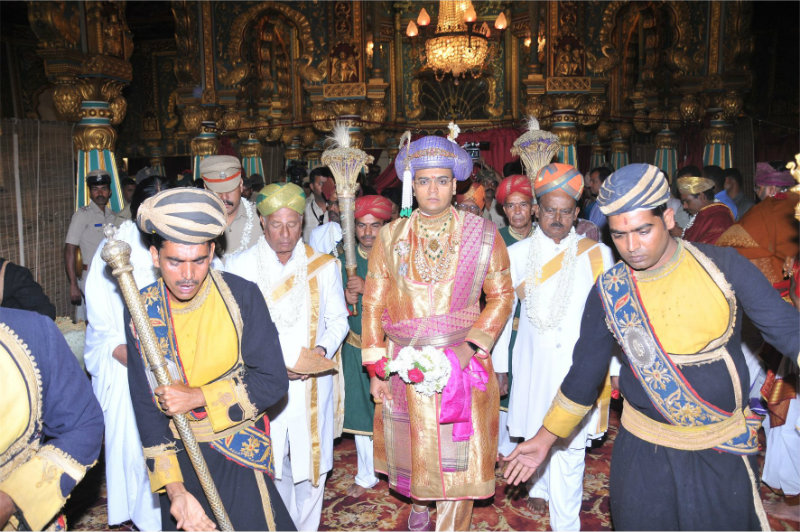 Earlier, assembling of idols of Simha (Lion) to the Golden Throne was done between 7.55 am and 8.15 am which was followed by tying of kankana to Yaduveer between 8.20 am to 9.10 am at Chamundi Thotti. After completing the puja rituals, the Royal Elephant, Royal Horse and Royal Cow were brought to Sawar Thotti. Following, Yaduveer entered the Durbar Hall and offered puja to the Throne.  At 12 noon, the priests commenced kalasa puja and other rituals before Yaduveer ascended the Throne. 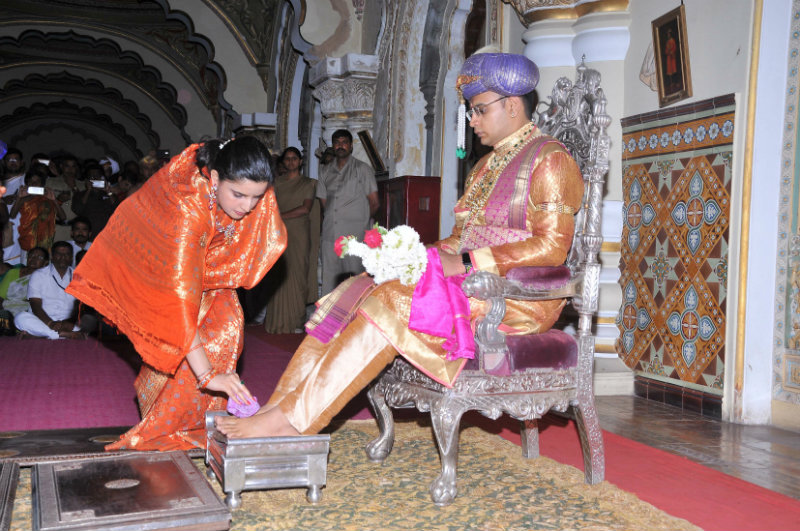 The puja rituals for holding ‘Private Durbar’ commenced at Palace premises with Yaduveer and his wife Trishikha Kumari Wadiyar taking part in all the rituals under the guidance of Pramoda Devi Wadiyar. Among the audience present was Minister Pramod Madhwaraj.