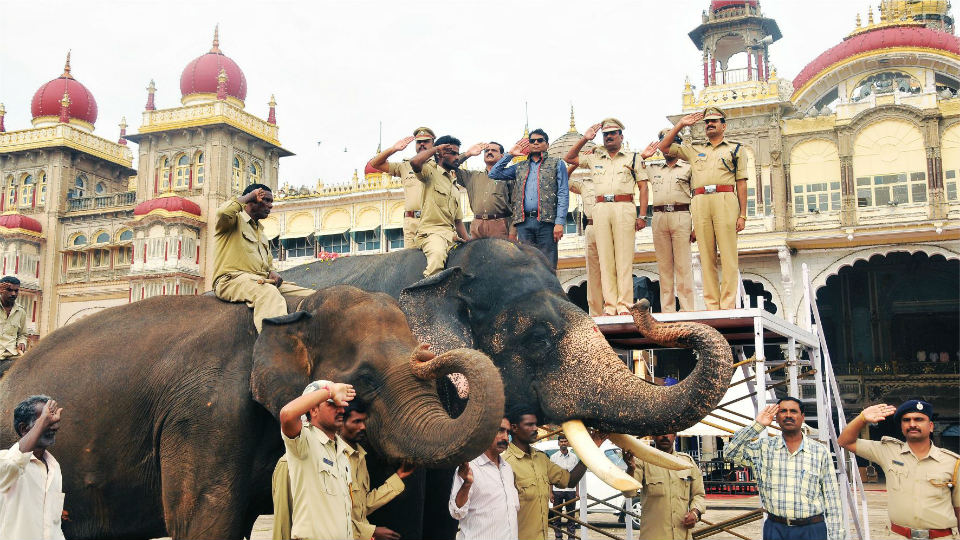 Mysuru: The first rehearsal of the Jumboo Savari inauguration, where the Chief Minister will shower flower petals on the idol of Goddess Chamundeshwari placed inside the Golden Howdah carried by elephant Arjuna, was held at the Mysore Palace this morning.

The rehearsal was performed by a team of forest officials and all the 15 elephants and over 24 horses were part of the event along with the uniformed Police Band that played the music. Interestingly, it was Mahout Vinu, who sat on Arjuna instead of Sannappa as he walked near the raised platform that was set up instead of a stage to give a feel of the main event to be held on Sept. 30.

On that day, caparisoned elephants led by Arjuna carrying the Golden Howdah, is led towards the dais where CM Siddharamaiah will offer prayers to Goddess Chamundeshwari, signalling the beginning of the Vijayadashami procession. 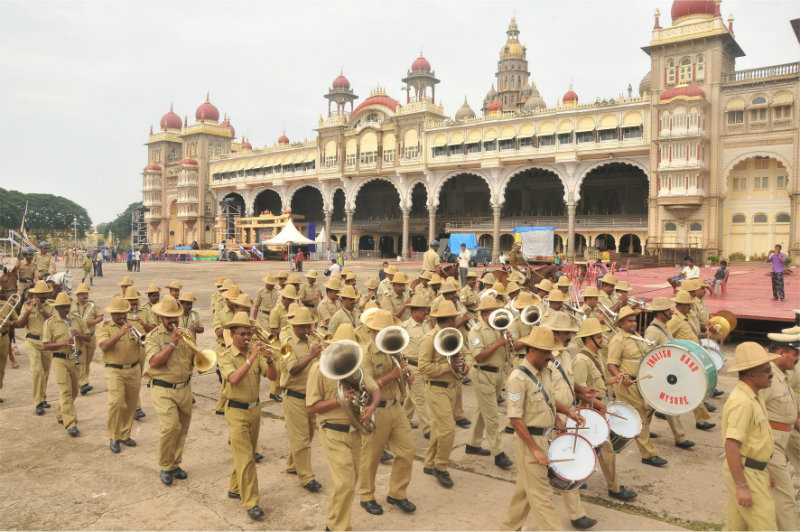 All these years, the rehearsals would be held without music. This year, however, the rehearsals were complete with the Police Band. Today’s rehearsals were held twice and the elephants did not go on their customary walk from the Mysore Palace to Bannimantap. From tomorrow, another round of rehearsal will be held after the elephants return from their walk.  Today’s rehearsals were keenly watched by tourists who came to Palace and the security forces deployed there. Deputy Conservator of Forests (Wildlife) V. Yedukondalu, Palace Security ACP H.P. Shylendra, CAR ACP Veeranna, CCF Karunakara, Mounted Police ACP Shivaraju and others were present.