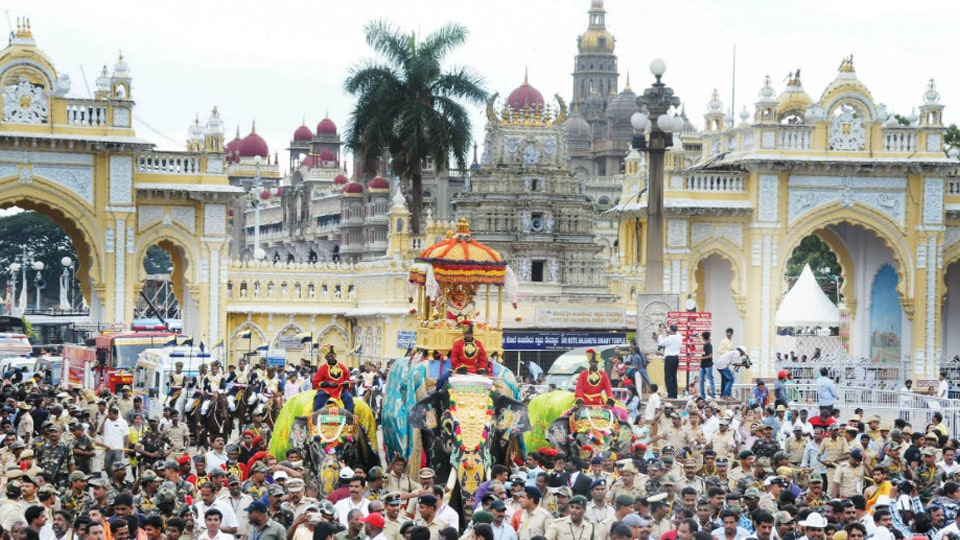 Mysuru:  The plight of people waiting to purchase Jumboo Savari and Torchlight Parade tickets has gone from bad to worse on day-2 with officials continuing to play hide-and-seek at the Deputy Commissioner’s Office.

After witnessing a chaotic situation yesterday, officials had informed that tickets would be on sale from 10 am this morning, but the counter remained closed despite 12 noon. Irate public started raising voice against the authorities. Later, the Police had to intervene to bring the situation under control. Later, an official stated that the tickets would be available from 3pm.