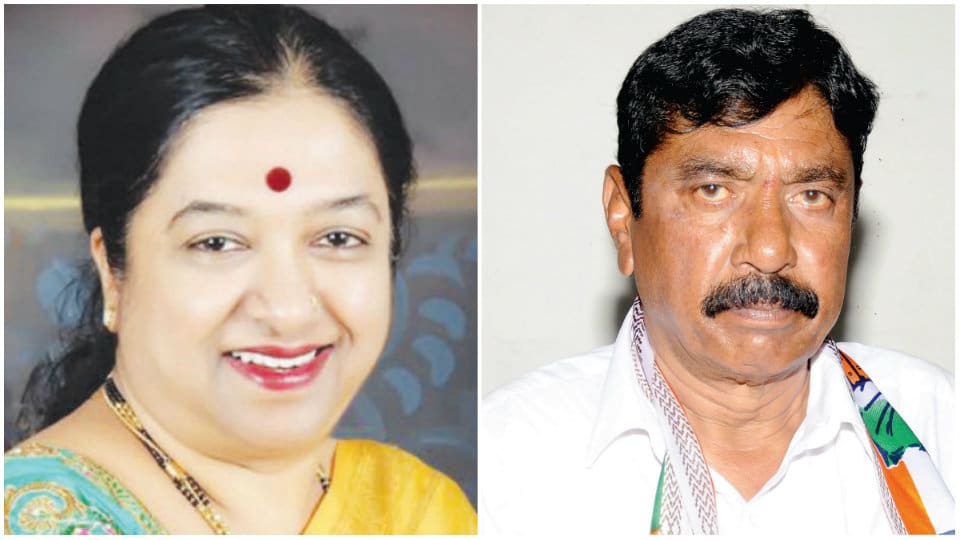 Nanjangud  – Nanjangud Assembly constituency winner Kalale Keshavamurthy has said that his victory was due to the pro-active role played by Chief Minister Siddharamaiah. “The CM has relentlessly strived for my victory during the last six months and the welfare works he has initiated in the last 4 years have helped me,” he said.

He added that Chamarajanagar MP R. Dhruvanarayan and Mysuru District in-Charge Minister Dr. H.C. Mahadevappa’s contributions to the constituency had also contributed immensely for him to emerge victorious.

When asked if he would remember JD(S) leaders H.D. Devegowda and H.D. Kumaraswamy, Kalale thanked both the leaders for not fielding their candidate for the by-poll.

“Today is the 100th day of my husband’s death and the voters have blessed me to carry on the legacy of my husband,” she said and added that drinking water and filling up of lakes in Nanjangud would be her priority.

Congress Dr. Geetha Mahadevaprasad Kalale Keshavamurthy Nanjangud and Gundlupet by- polls
BJP has to learn from past mistakes: Yeddyurappa
No more heavy backpack:Government to split syllabus into 2 parts