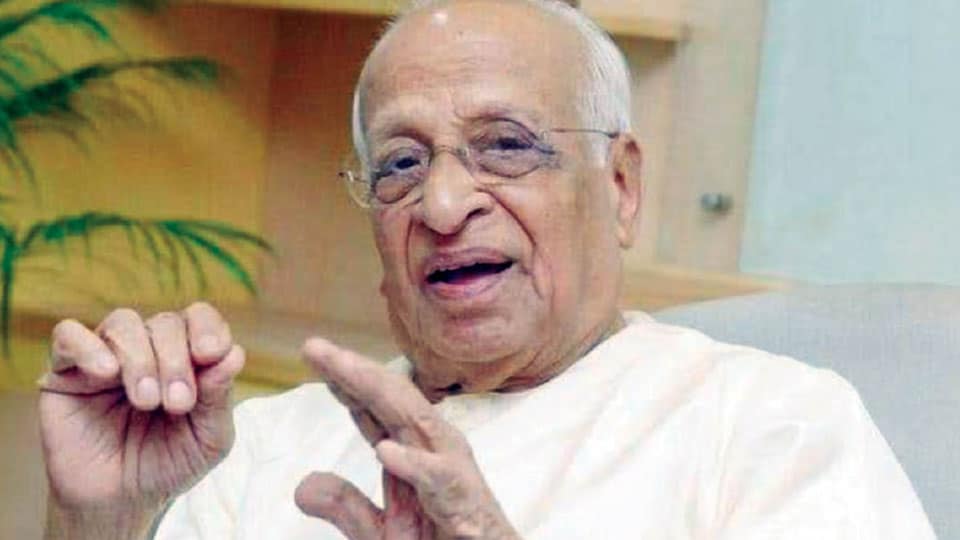 GV, as he was popularly known in Kannada literary field, has compiled 12 dictionaries and was called as the walking encyclopedia of Kannada language and culture. His works covered various forms of Kannada literature, including grammar, poetry, translation and essays.

Venkatasubbaiah was born on August 23, 1913 at Ganjam village in Srirangapatna, Mandya district. He secured his Post-Graduate degree in Kannada from Maharaja’s College, Mysuru, in 1937.

He started his career as a teacher at a Municipal School in Mandya. Later, he went on to teach at a High School in Davanagere and at Maharaja’s College in Mysuru before switching over to Vijaya College in Bengaluru.

He took up the task of working on Kannada-to-Kannada dictionary as its chief editor after retiring from Vijaya College in 1973.

Ganjam Venkatasubbaiah had presided over the 77th Akhila Bharata Kannada Sahitya Sammelana held in Bengaluru in 2011.

His monumental literary works got him various awards, including the Padma Shri, Pampa Award, Bhasha Samman by the Sahitya Akademi, Karnataka Rajyotsava Award and the Karnataka Sahitya Akademi Award.

His enthusiasm even after crossing 100 years had caught the attention of people.

It may be recalled, Star of Mysore had published an article titled “Kannada linguist, grammarian, teacher, writer and lexicographer: G. Venkatasubbaiah turns 107” under the Column Mysore Memories… by Dr. S.N. Bhagirath on Aug. 23, 2020.