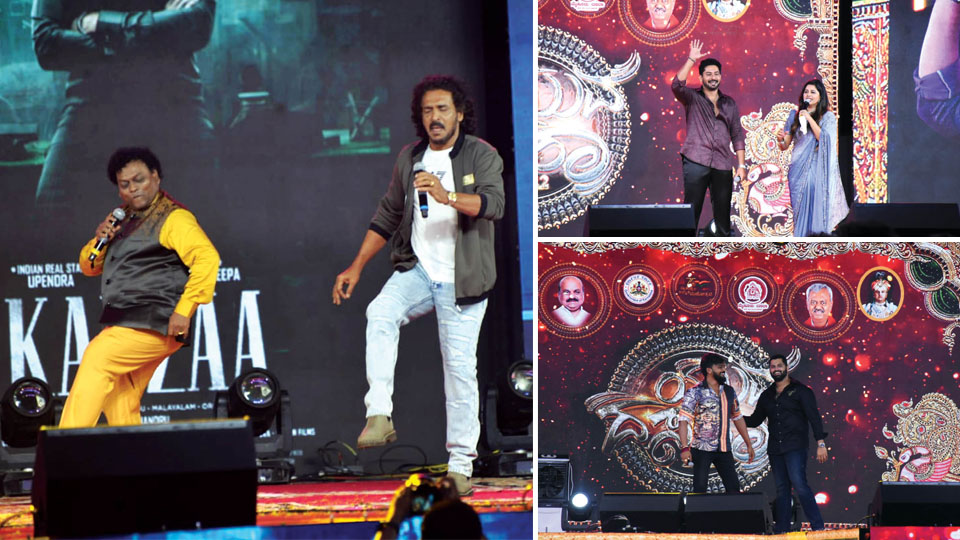 It was a night to remember for hundreds of youths who had gathered at Maharaja’s College Grounds last evening for Yuva Dasara. The evening was marked by the performance of actors, their songs and punching dialogues, recreating the Kannada cinema on stage. Even the rain did not deter the audience and they stayed put, listening to their favourite numbers and dialogues.