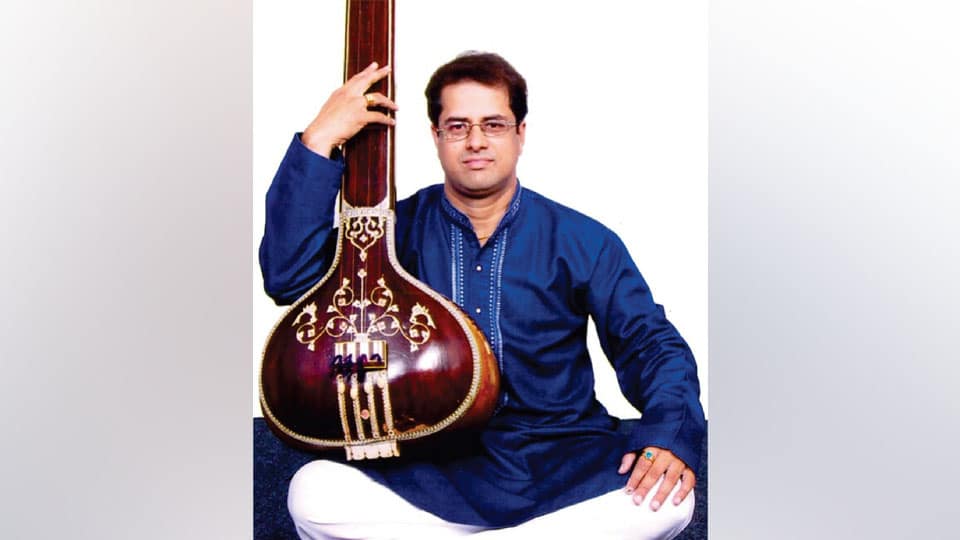 Mysuru: Ganabharathi has organised a Karnatak music vocal concert by Vid. G. Srikanth on Mar.16 at 6pm at Veene Seshanna Bhavana in Kuvempunagar.

He will be accompanied by Vid. C. N. Thyagarajan on violin and Vid. Tumkur B. Ravishankar on mridanga.

Being an A Grade artiste of AIR, he has performed in esteemed sabhas throughout India and abroad. He has been imparting training in Karnatak classical music to over 300 students through his own School of Music, ‘Madhura Dhwani’.