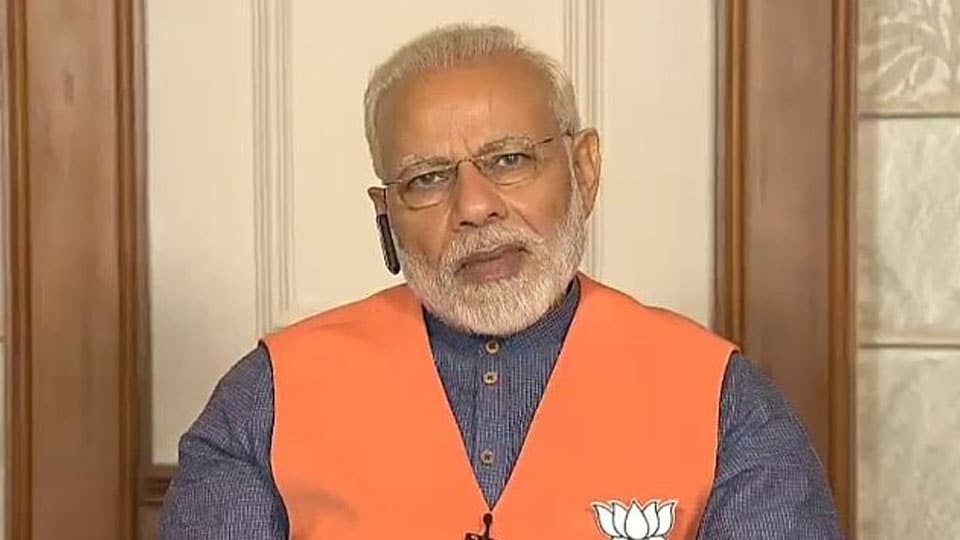 New Delhi, Apr.26- With 16 days to go for the May 12 voting day, campaign for the Assembly election has picked up pace. Prime Minister Narendra Modi this morning interacted with all the BJP candidates who have filed nominations, MPs, party office-bearers and party workers through NAMO APP (Narendra Modi App).

Viewers had to download the App through their smartphones and listen to the PM who spoke for over 30 minutes. The interaction began at 9 am and the party Social Media Cell had kept its technology backend ready to facilitate the mega interaction. It was a two-way interaction where the PM could hear views from candidates and party workers. Participants could even ask questions to the PM during the video interaction.

Prior to the interaction, participants were assisted in installing the app on smartphones. Party sources said that the Prime Minister has interacted with party MPs in this manner before. However, this was the first time he interacted on such a large scale to boost the confidence of  the candidates and party workers.

In his App address, Modi said that development, fast paced development and all-round development, should be the election mantra. In a scathing attack on Congress, he said that previous rulers of the country have been cheating the people through false assurances and continued to patronise specific communities or castes. They have been indulging in divisive politics. He said, the BJP should approach the electorate through politics of development.

Replying to a question from MLA and former Minister, Suresh Kumar, Modi said that Bengaluru is not restricted to either the city or to Karnataka alone, the entire world is looking to it and it has to emerge a model city for the country.

Speaking on the continuing migration of people from rural areas to the city, he said that the development strategy for urban areas should have a radical change and things and infrastructure requirements should be planned on a long term perspective of 25 to 30 years.

Giving primary importance to the politics of development, the Prime Minister said, other political parties hesitate to talk on development because it can be quantified. “This was unacceptable to those parties which only concentrated on division. We govern and fight elections based only on development model,” Modi said pointing out to the main opposition Congress.

“The Indian politics culture is associated with the misdeeds of mainstream Congress and its sins. The country’s politics can only be cleaned if it is free from Congress culture,” he said. People, who have their entire politics based on caste and community, were not bothered about development of the country, he said.