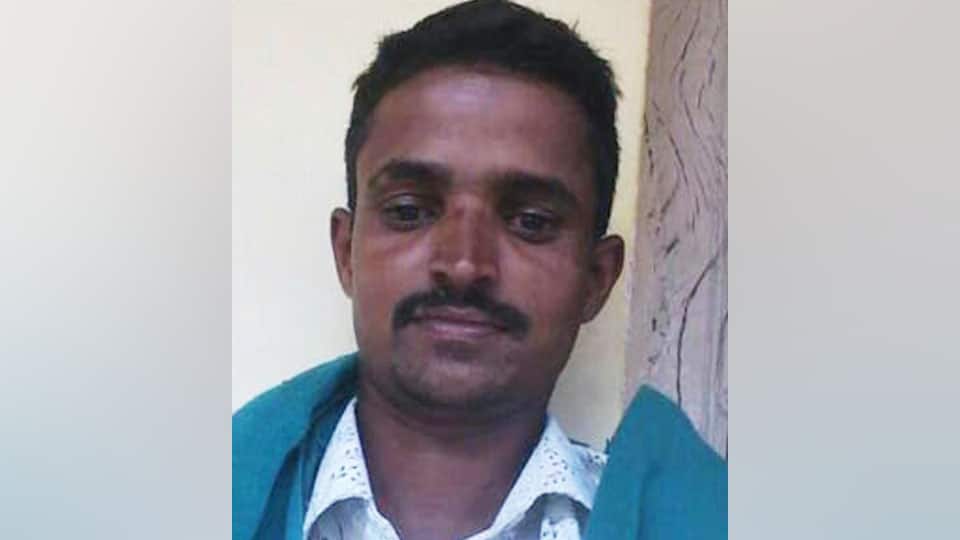 The incident occurred at Saragur village in Varuna and the man who took the extreme step is Gaviyappa.

It may be recalled here that in a sudden political development on Apr. 23, Vijayendra was denied Varuna ticket at a time when party workers were fully backing him to take on Chief Minister Siddharamaiah’s son Dr. Yathindra in Varuna.

This move had angered the party workers and they went on a rampage at Nanjangud and Mysuru. Finally, the High Command’s decision prevailed and Thotadappa Basavaraju was declared the official candidate and granted the ‘B Form.’

According to Saragur villagers, Gaviyappa, who was campaigning extensively in Varuna for Vijayendra, was shocked by this development and had spoken to some of the villagers that grave injustice was meted out to Vijayendra.

Unable to bear the trauma, Gaviyappa committed suicide by hanging himself.

Party workers said that Gaviyappa was in the BJP for over 30 years and was a staunch follower of Sadananda, the  Zilla Panchayat (ZP) Member from Tagadur.

On Monday, when Yeddyurappa made the announcement in Nanjangud that his son Vijayendra was not contesting from Varuna, Gaviyappa was the first among the party workers to raise voice against the party High Command at Hullahalli Circle.

At one point, he even climbed the stage from where Yeddyurappa spoke and told the latter that the BJP will definitely lose the elections this time and the party will be routed in Mysuru region.

He was later brought down the stage and villagers said that Gaviyappa was upset that all the efforts to secure the Varuna ticket to Vijayendra had failed.