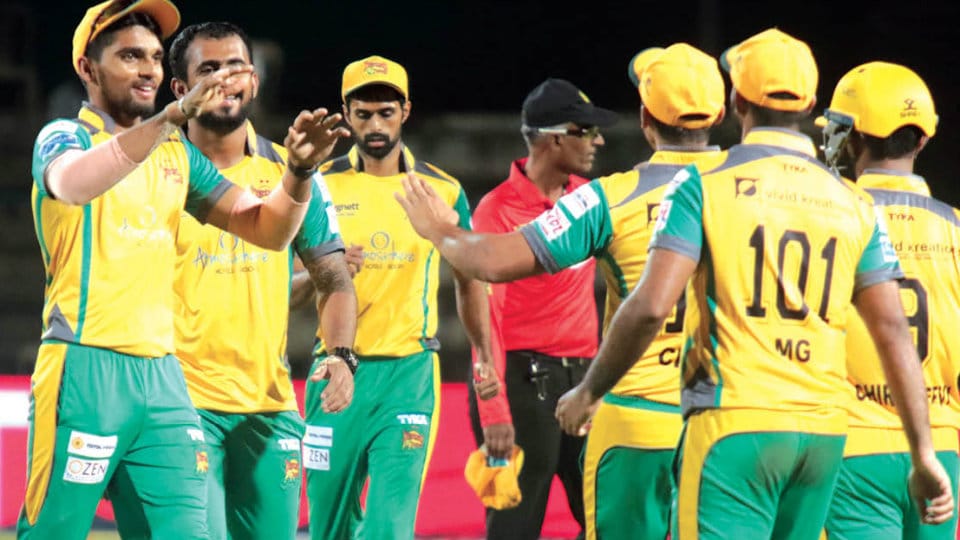 Bijapur Bulls horrid run in the eighth edition of Karnataka Premier League (KPL) ended on a day their campaign came to a close as they defeated the higher-ranked Shivamogga Lions by 17 runs at the SDNR Wadiyar Stadium here yesterday.

The win ensured that the Bulls, with five points from six games, went past Bengaluru Blasters to sixth on the seven-team points table. For that small mercy, the Bulls have Rajoo Bhatkal (66) and M.G. Naveen (68) to thank as the duo completed fine half-centuries to take the side to 195 for 4 in 20 overs.

The Lions, in response, rode on an Arjun Hoysala blitz to give the crowd hopes of another big chase. They had, after all, only on Monday seen the Mysuru Warriors chase down 241 runs. But once Hoysala fell for 69 from 39 balls and M. Nidhish (45 not out) ran out of partners, they settled for 178 for 5 in 20 overs.

Though this game was an inconsequential one since the Lions had already qualified for the playoffs post with Hubli Tigers’ win earlier in the day, it was one that would decide the final positions on the points table. And since the Eliminator has been introduced this season, it was crucial for the Lions to win and well.

At the end of the league stage, the Tuskers finished on top of the table with eight points and Belagavi Panthers ended second with seven points. Shivamogga Lions and the Tigers finished with six points each. The Lions, however, finished third by virtue of their win over the Tigers in the Bengaluru-leg of the tournament.

In today’s Qualifier 1, the Tuskers will take on Panthers at 7 pm, and the Lions will face the Tigers in the Eliminator on Aug.29.

In the earlier match, R. Vinay Kumar and Mohammad Taha demolished Bengaluru Blasters to take Hubli Tigers to the playoffs of this year’s KPL.

Tigers, fifth on the table with four points before this contest, needed to win with a good net run-rate to upstage Mysuru Warriors for a spot in the final four.