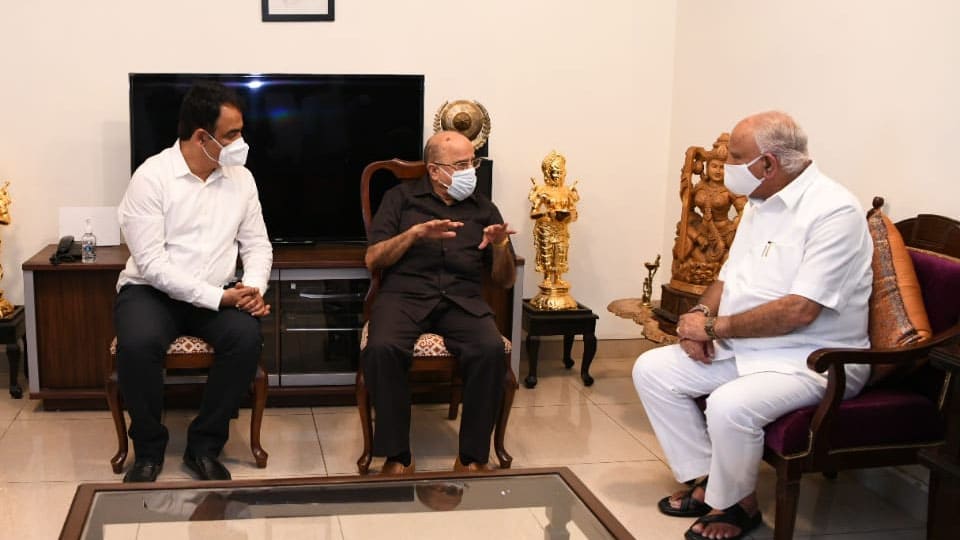 Karnataka to implement National Education Policy from this month: Minister

The Minister was in conversation — through a video conference — with the Draft National Education Policy Committee head Dr. K. Kasturirangan where Suresh Kumar told him that the State has also formulated its draft education policy which will be merged with the NEP.

The Minister has already consulted officials on the implementation of NEP, and said a blueprint that suits the requirements of the State will be brought out soon.

“Through quality education to all, the new policy will create a lively and stable society. Karnataka is eager to implement this policy,” Suresh Kumar said during the conference. “Within a fortnight, both the policies would be merged to bring out a separate policy for the State and dedicated to the public by August 20,” he told Kasturirangan, who is former ISRO Chairman.

“Though Kerala is my Janmabhoomi (birthplace), Karnataka is my Karmabhoomi (workplace), Karnataka is my State. The NEP has been formulated keeping in mind the various aspects of India’s topography. I am confident that the new NEP will greatly help India achieve holistic development in the next 20 years,” Kasturirangan said in response.

Kasturirangan said Karnataka’s contribution in the formulation of the new NEP has been immense as several key elements that are already in place in the State have been incorporated. He also praised the State’s education expert M.K. Sridhar for his contribution in formulating the NEP.

The policy was released on Wednesday a year after the Committee led by Kasturirangan had submitted the draft report of the policy to the Government.

The policy was approved by the Union Cabinet at a meeting presided by Prime Minister Narendra Modi. It replaces the 34-year-old National Policy on Education framed in 1986 and is aimed at paving the way for transformational reforms in schools and higher education system to make India a global knowledge superpower. Kumar said Karnataka will be at the forefront to implement the NEP systematically.

According to Suresh Kumar, the NEP is a complete policy which has been formulated after 34 years making it future-ready. Teaching up to Class 5 in mother tongue or regional language, lowering the stakes of board exams, a single regulator for higher education institutions except for law and medical colleges and common entrance tests for Universities are part of the sweeping reforms in the policy.