Home » News » “Katordaan,” a brass vessel from Rajasthan on display at IGRMS 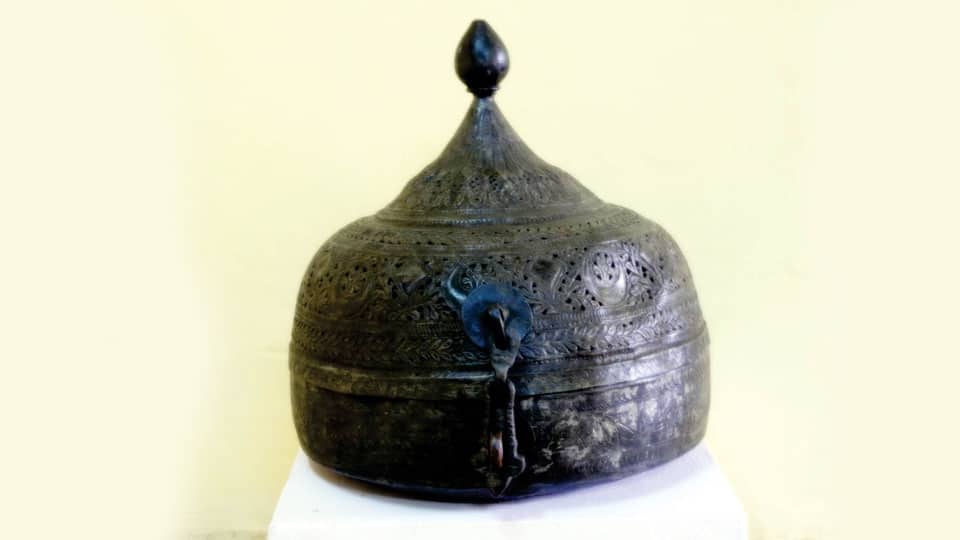 “Katordaan,” a brass vessel from Rajasthan on display at IGRMS

Mysuru: In continuation of ‘Exhibit of the Month’ series, the Indira Gandhi Rashtriya Manav Sangrahalaya (IGRMS), National Museum of Mankind, Southern Regional Centre (SRC), has kept on display  “Katordaan,” a brass vessel from Rajasthan, at its Wellington House on Irwin Road, Mysuru.

The object, unveiled by Dr. B. Francis Kulirani, Tagore Research Scholar, in the presence of J. Vijay Mohan, Officer In-Charge, SRC, Mysuru, will be on display till May end between 10.30 am and 5pm (Monday closed).

Bikaner was a Princely State in the Bikaner region from 1465 to 1947. The founder of the State, Rao Bika was the son of Rao Jodha, ruler of Jodhpur. Rao Bika chose to found his own kingdom instead of inheriting his father’s. Bika defeated the Jat clans of Jangladesh and founded his own kingdom. Its capital was the city of Bikaner in the northern area of present day Rajasthan. Bikaner was one of the largest States under the Rajputana Agency.

Katordaan is a round shaped box having lid made out of brass for keeping chapattis and bread from Bikaner area of Rajasthan. The whole box is decorated with floral motifs in the form of engravings. This is popular in Rajasthan and used in all folk community households.