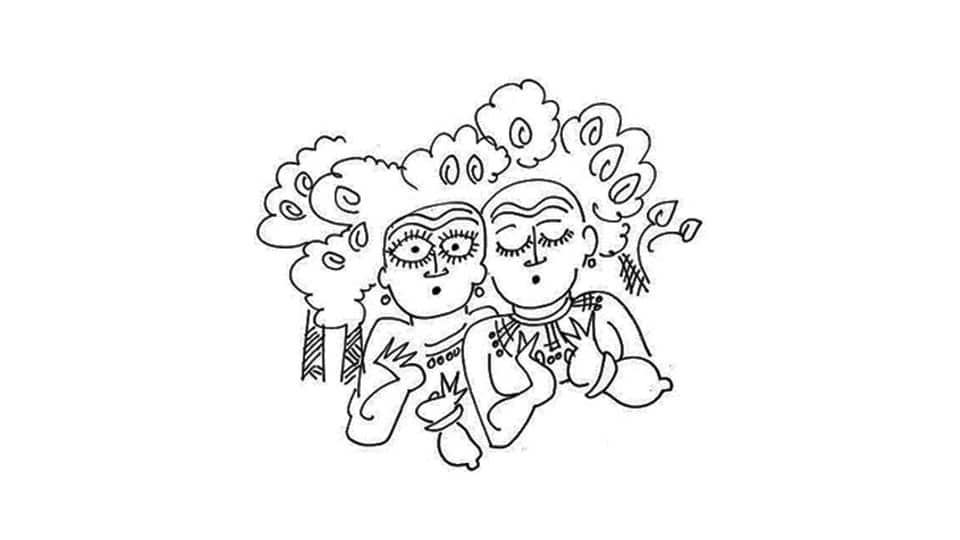 King of the Blink

If you travel to Lucknow, it is possible that you will pass a forest known by the name of Naimish-aranya, the forest of King Nimi, on the banks of the river Gomti. This forest is where the stories of the eighteen Mahapuranas, and the epics Mahabharata and Ramayana were narrated by story-tellers to sages.

But who was Nimi, after whom the forest is named? Nimi was a great King who once invited the sage, Vashishtha, to conduct his yagna at this forest. However, Vashishtha was busy performing a yagna for Indra and could not make it on time. Nimi started performing his yagna with the help of another priest annoying Vashishtha, who cursed Nimi saying that his restless impatient spirit leave his mortal flesh. As a result, Nimi became an entity that was not bound by flesh and bone.

Since this happened before the time of his death, his spirit (jiva) did not travel to the kingdom of the dead. Instead, it got access to the divine world — the world without boundaries and hierarchies, the world without name or form, the world that defies time and space.

The kingdom, meanwhile, was left with no King, except the flesh and bones of Nimi. So, the rishis began to churn this lifeless casing of the King and from this churning, came a new life, a new King. He was called Mithi, meaning “born by churning.”

Mithi was also known as Janaka, which means “one who is his own father.” Nimi, his father, became known as Vaideha, the King without a body. So father and son had effectively the same body — abandoned by the father due to a rishi’s curse and occupied by the son, due to another rishi’s ritual.

Nimi’s spirit, however, wanted to return to his body, because he was not quite dead and yet could not be alive. He did know that the rishis had destroyed his mortal flesh and he wondered how he would return to the living world. Eventually, the Gods, feeling sorry for him, placed him in the blink of the eye. A blink of an eye is, therefore, called Nimi.

A blink exists and yet does not exist like the great Nimi. The oldest unit of time in India is the Nimisha, or Nimi, which is the blink of an eye.

Nimi’s son Janaka was a patron of Upanishads, dialogues of wise men that speak of the jiva and atma in great detail. He is also the father of Sita. His region of Mithila has its own literature and is popular in the Indo-Nepal border.

In Buddhism, Nimi is the King who retired as soon as his barber told him he had sprouted a grey hair. His descendants too, would follow this practice. Indra, King of paradise, sent his celestial chariot to fetch Nimi to heaven, but Nimi decided to first visit hell before going to heaven. And in that journey through many hells and many heavens, he learned about karma — how good things make us rise to higher realms and bad behaviour makes us fall to lower realms.

He shared this knowledge with the Gods and with his subjects. Thus, Nimi was clearly an ancient Indian King revered by Hindus and Buddhists associated with knowledge, packaged as stories that transforms material beings into spiritual beings.