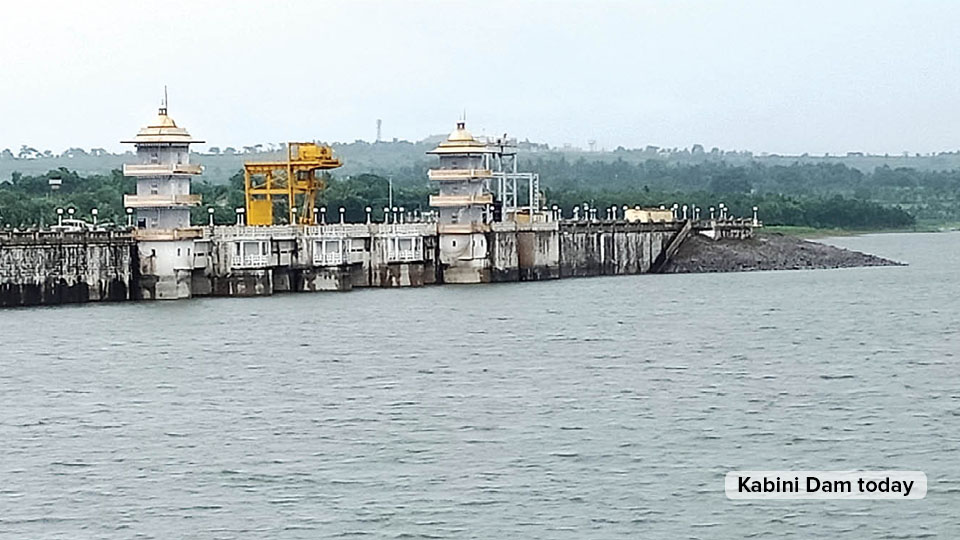 Madikeri:  Heavy to very heavy rain, accompanied by thundershowers, is continuing to lash Kodagu district and in the last 24 hours, the tiny district has received 102.68 mm rainfall. Except for one casualty where a worker from Kerala was killed in a landslide, no other deaths have been reported though the normal life is thrown out of gear.

Even today, the Kodagu District Administration has declared a holiday for schools and colleges in Virajpet Taluk that is receiving maximum rainfall when compared to other taluks of Madikeri and Somwarpet. While the rainfall has come down in Somwarpet, followed by Madikeri, the showers are not showing any signs of relief in Virajpet Taluk.

The Makutta Road that has been closed for vehicular traffic following landslides and road breaches at 25 places will be out of bound for vehicles till July 12 as per the orders issued by Kodagu DC P.I. Sreevidya.

“Holiday has been declared for educational institutions in the low-lying taluks of the district. Though most of the district is receiving moderate to heavy rainfall, the district administration is constantly monitoring the situation to take necessary measures,” an official from Deputy Commissioner’s office said.

Meanwhile, the body of a person, who was feared dead on Tuesday, was retrieved yesterday. He was identified as Sharath, 24, from a village near Iritty in Kerala. He lost balance and fell into a swamp and was buried while engaged in an unloading operation near Perumbadi Gate on the Makutta Road. His body was washed away and expert divers fished it out from a swamp, more than a kilometre away from where he fell.

Following incessant rains, the number of pilgrims to Bhagamandala and Talacauvery has considerably dropped as most of the main roads and approach roads leading to the holy places are flooded. The highest rainfall of 382 mm (from June 1) was recorded at B. Shettigeri village near Virajpet followed by 311 mm in Madikeri town. Ponnampet recorded 252 mm rainfall. 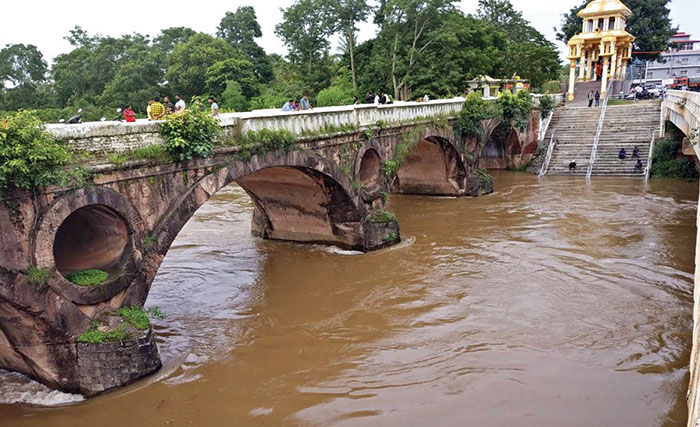 In South Kodagu, traffic movement between T. Shettigeri and Birunani was affected owing to heavy rains, which caused soil erosion and affected the roads. At many places including Nittoor and Kottageri, River Lakshmanatheertha was overflowing and the authorities were seen helping people to cross the floods using mechanised boats.

Though the monsoon has arrived early, the people of Kodagu cannot indulge in agricultural activities as their fields are flooded. Those who have cultivated ginger are staring at crop loss as ginger tends to decay under wet soil.

Water level at the Krishna Raja Sagar (KRS) Dam in Mandya has increased to 90 feet this morning following heavy rain in the catchment areas of Kodagu. Even the water level in Harangi Dam is rapidly increasing and once full, there will be an increased flow to KRS.

The Karnataka State Natural Disaster Monitoring Committee (KSNDMC) attributed the huge inflow to good pre-monsoon rain. “Generally, the State’s dams fill up around end-July. If the rain continues like this, our dams may get filled up as early as June-end which is good news for both farmers and crores of people who depend on them for drinking water,” an official said.

Kodagu district received 511 mm of rainfall between June 1 and 13, that is 150% above normal. Madikeri Taluk received 325 mm of rainfall, Somwarpet 348 mm, and Virajpet 508 mm during the same period, the official added.