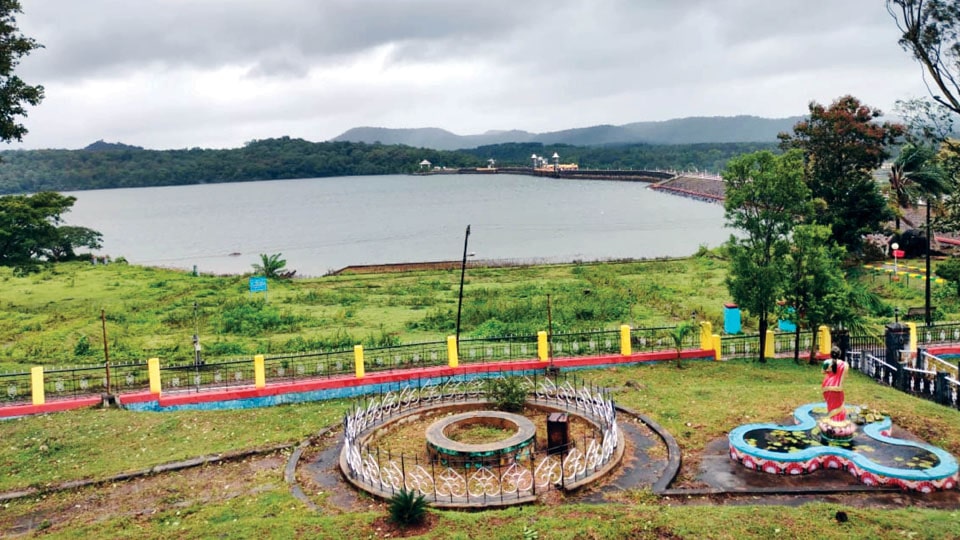 Kushalnagar: Kodagu received 579 mm rainfall in seven days between Aug. 3 and Aug. 9 as against a normal rainfall of 156 mm. According to Karnataka State Natural Disaster Monitoring Centre (KSNDMC), this is the highest rainfall in Karnataka.

Kodagu received 235 mm, the highest rainfall in India on a single day on Aug. 7 (Friday). According to India Meteorological Department (IMD), the district received 235 mm rains along with Mahabaleshwar and Matheran in Maharashtra.

The district has been witnessing unusual rainfall patterns since the last three years and this is due to global warming.

According to Dr. T.V. Ramachandra, Coordinator, Energy and Wetlands Research Group (Centre for Ecological Sciences) at the Indian Institute of Science (IISc.), Bengaluru, global warming and climate change have resulted in the reduction in number of rainy days. The amount of rain — quantum —which is supposed to spread for 35-45 days is coming in 5-10 days, he said.

Harangi Reservoir in Somwarpet Taluk has so far recorded the highest inflow of 13,592 cusecs of water and an outflow of 14,233 cusecs has been recorded. Till now, 5 tmcft (thousand million cubic feet) water has been collected and discharged to Krishna Raja Sagar Dam in Mandya district.