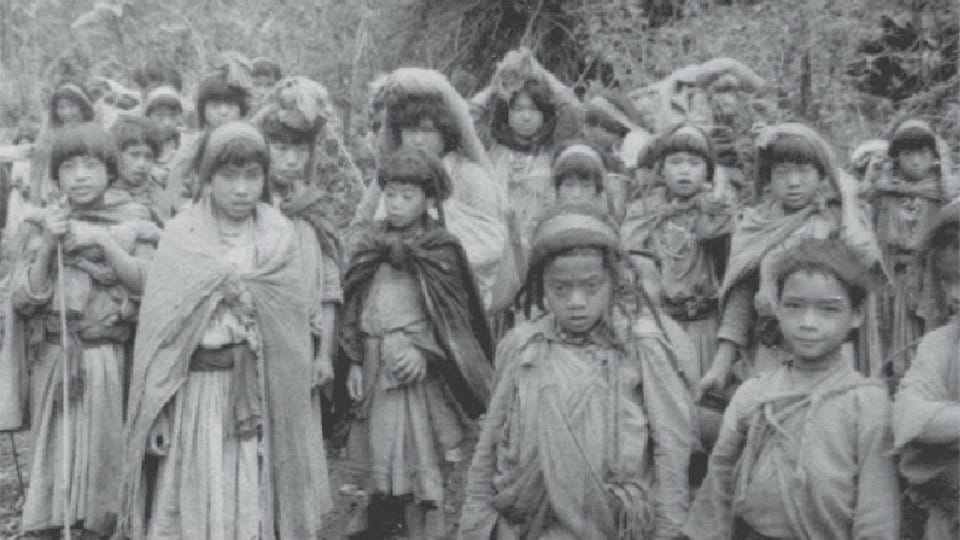 Son of Kodagu leaves his footprint on snow-clad mountains -1

K.B. Appachu remembers his days when he surveyed Indo-China border at the time of Chinese aggression in 1961

While it is common for Kodagu youth to join the Armed Forces and dedicate their lives for their Nation, ready to make the supreme sacrifice, there are some sons of the soil who have earned name and fame through their service in the Survey Department. One such hero is Kalyatanda B. Appachu, son of late Kalyatanda A. Belliappa. Born on 24.6.1935 in Virajpet town, Kodagu District — when it was a ‘C’ State — Appachu retired as Superintending Surveyor, Survey of India, after a long, challenging and fruitful innings. 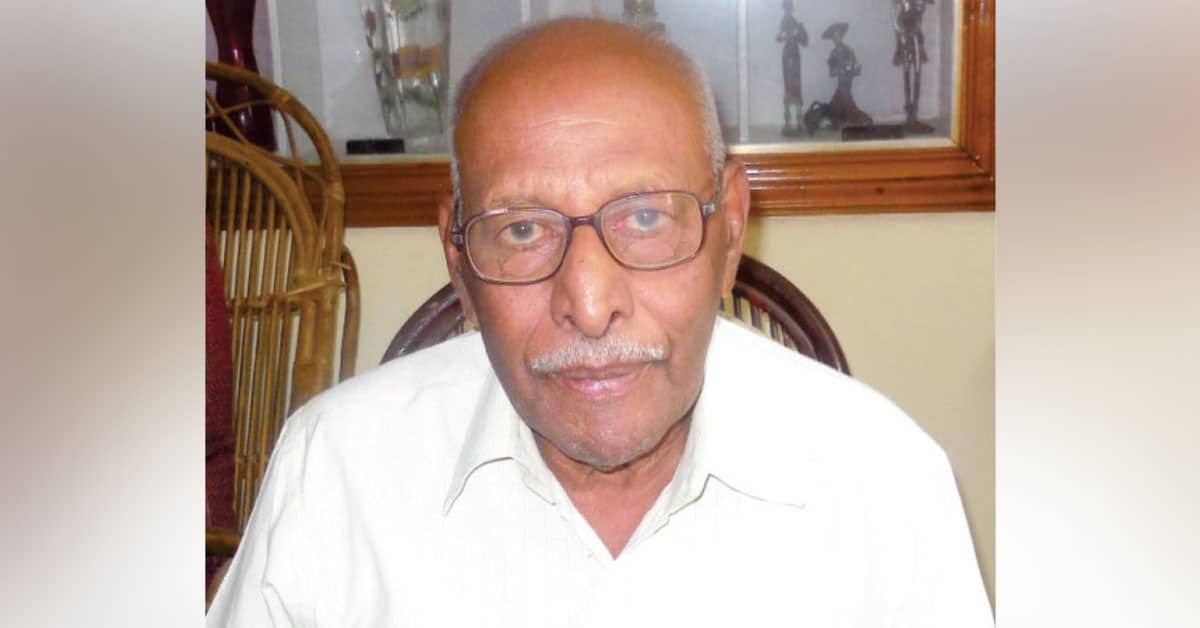 Star of Mysore (SOM): I have heard that during your time, it was natural for many youths from Kodagu to join the Armed Forces and yet you seem to have preferred the Survey Department.

K.B. Appachu:  Yes. That was the time when Field Marshal K.M. Cariappa and General K.S. Thimmayya were serving the country. As a Kodagu youth, I too had a desire to join the army and become an officer. During my school days, I had joined the Scouts and Guides and NCC and when I was studying in Madikeri Government College (now Field Marshal K.M. Cariappa College), I had passed ‘A’, ‘B’ Certificate examinations. I could not take up ‘C’ Certificate examinations as there was no exam centre in Madikeri then in 1957 and due to financial constraints I could not go to Madras. But I am happy that I joined the Survey Department in 1959 that provided me an opportunity to serve my motherland.

Appachu: Identifying the route for National and State Highways, surveying and marking the land for railway lines to pass, surveying India’s borders and enabling the Armed Forces to protect them and by identifying enemy territories – all these were part of my job and I am proud to say that I have served the Nation.

SOM: A soldier’s life is very risky. Does it mean the same for a surveyor?

Appachu:  Yes. We too have to risk our lives during the course of our profession. From February 1959 to 1961, I underwent training in surveying for 2 years in Dehra Dun, Hathibarkala Estate. I had practical Topographical Survey Training in Rajpur, Mussoorie.

One ‘Do or Die’ incident I remember during my training. At the end of the training, we were to do a final ‘Survey Scheme’ independently for which I was given a survey scheme in Herbertpur, UP. I took my equipment and went up the hill station for observation in Shivalik ranges. The approach to the hill station was along a slope but I took a short-cut route along a cliff.

READ ALSO  COVID-19: Not many takers for relief centres in Kodagu

The squad could not follow me but I started climbing along the cliff without my shoes. It was only four feet to the top and I stood there with the support of a small protruding stone and I also held a root of a plant. However, I realised that I could neither climb up nor get down from this position and I was hanging precariously. People by the side of the road were watching and shouting.

At that moment I just remembered my parents whose photo was inside my haversack. I felt that I was destined to roll down the cliff and embrace death.  I prayed and closed my eyes. Suddenly I heard some voices from the top and I believe that they were like divine intervention. I remember that they said, in Hindi, “Officer what happened? Don’t fear. We will save you”.

Another batch of survey squad had come there for observation. They saw my plight and used signal poles and asked me to hold them tight. I followed their instructions and they were able to pull me up inch-by-inch to the top and saved my life. I thanked God for giving me a new lease of life. The report I had submitted about the survey work was considered one of the best reports. I was later deputed to NEFA (North-East Frontier Agency), now Arunachal Pradesh on the Indo-China border.

SOM: Did you encounter any life-threatening situation in NEFA?

Appachu: When I was in NEFA (1961-62) there was tension between India and China. India had declared the McMahon Line as the International border between India and China. This was not acceptable to Chinese who considered NEFA as Aksai-Chin and claimed it as their own. In this difficult situation, we had to carry out the survey amidst Chinese threat. Moreover, there was no earlier map that could give us a model or some direction. It was a daunting task. My area of work was in Subansiri Frontier Division in NEFA. I collected documents and equipment and proceeded for field work. I left Shillong headquarters to Jorhat by truck. From Jorhat, we were air-lifted by Kalinga Airlines to Daporijo in Subansiri Frontier Division.

My area of work was to March for 12 days from the base camp Daporijo and my squad comprised 50 Nepali porters, 12 Bhihari Khalasis (peons) from Survey of India, three escorts from Assam Rifles and one local Tribal interpreter. We collected the rations and after marching for 12 days, we reached the area of work. One batch of 12 porters used to be with me and the other batches used to bring rations from the base camp to our subsidiary camps. As we moved further with our survey work, we had 2-3 zones where Dakota planes from Kalinga Airlines used to drop bags of rice, dal, oil tins, onions, potatoes. Parachutes were used to drop supplies like oil tins and goat (for meat).

SOM: Tell us more about the terrain, nature of work and risky situations.

Appachu: The terrain was steep and was 10,000 ft above the sea level, covered with snow. Our nature of work was to establish survey stations on hill tops. Once in a month we used to get only two to three days of clear blue sky. But sometimes as the sun rose, clouds used to form and settle on the mountain top itself, preventing us from carrying out observations even on a clear day.

Another risky situation was crossing the rivers. We had to use only the cane-suspended hanging bridges that were unsystematically laid down with wooden pieces. While crossing, if you look at the flowing water you feel as if your bridge is flowing in the opposite direction – due to relative motion – as fast as the river flowed.

I camped for a month on top of one hill waiting for a clear day. Mostly I used to be with books and as I was not talking much, my tongue grew thick and I could not talk properly. When you handle the theodolite instrument to survey, you used to get an acute pain in the hand due to freezing temperatures and you cannot fold your fingers. 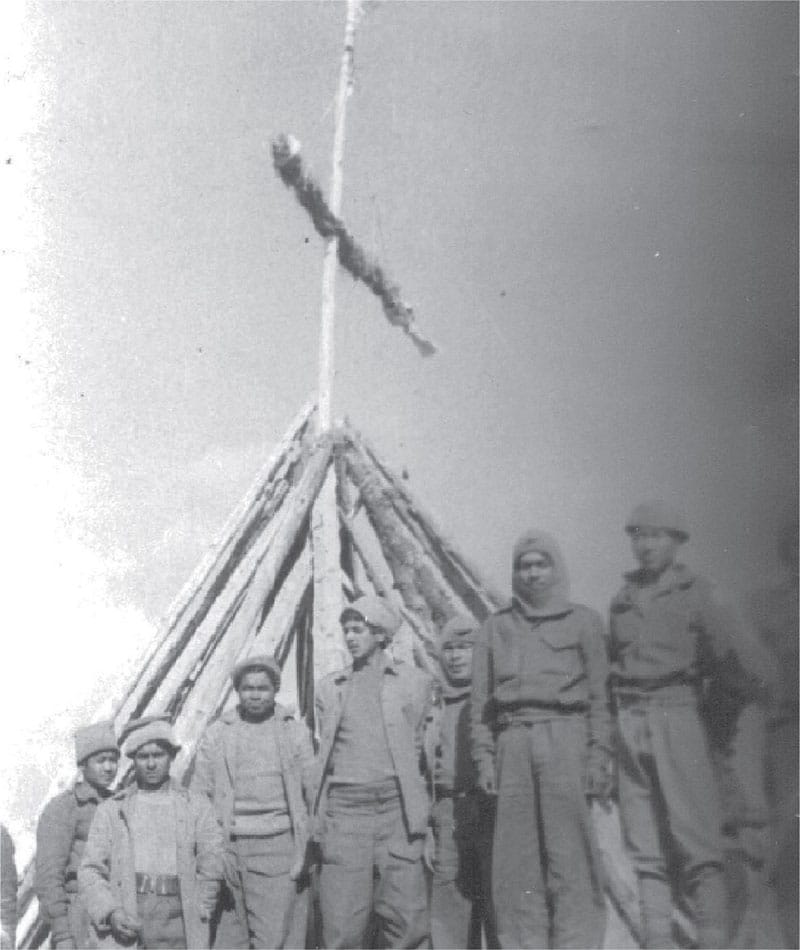 In such situations I used hot-water bags to keep my fingers warm. In the evening, after food, Nepali porters used to sing songs and the water-carrying drums doubled up as music instruments. This field season of 1961-62 was quite successful and I was in the field for about eight months eating the same air-dropped ration and staying in Arctic tents and enjoying the company of Nepali porters.

To reach the top of the mountain, we used to pass through interior areas where we came across primitive tribes (Tagins). We used to talk to them with the help of an interpreter. In each outpost, men from Assam Rifles, CRPF and Army were posted and they had the task of collecting secret information and pass it on to their respective headquarters. Whenever we returned from the hill top and reached the outpost we were treated as VVIPs just to gather information from us on the latest developments in the area and about Chinese spy groups.

The NCC and Scouts and Guides training which I obtained during my school and college days was very useful to be a leader. Porters used to carry about 30 kg load on their back and used to walk with me. After the survey work, I returned safely to Shillong. Glad to say that I was given Honorarium from the Survey Department. I could enjoy tough field work only because I took up challenge in each step.