Home » News » KPCC will be revamped by May end: K.C. Venugopal 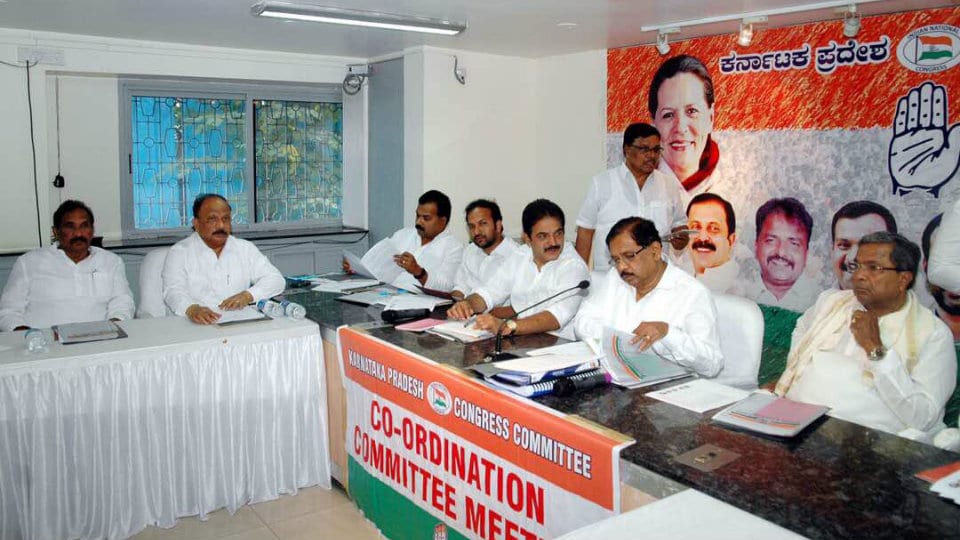 KPCC will be revamped by May end: K.C. Venugopal

Bengaluru, May 11 – On the last day of his maiden visit to Bengaluru after taking over as the new AICC General Secretary in-charge of Karnataka, K.C. Venugopal is learnt to have strictly instructed his party leaders not to lobby for any post.

He has promised a complete organisational revamp at Karnataka Pradesh Congress Committee (KPCC) by the end of this month. Addressing a press conference after the KPCC coordination committee meeting here yesterday, Venugopal said that there were minor differences in the party but they would be sorted out soon.

Venugopal and AICC secretaries Manickam Tagore, P.C. Vishnunadh, Madhu Goud Yaskhi and Sake Sailjanath have been camping in the city for past three days. They interacted with leaders and legislators seeking their opinion on several issues.

On discipline in the party, he said: “Let me be very clear, I do not like people who raise slogans in favour or against any leader or those who openly criticise senior leaders. I also do not like those who become visible in party affairs only when leaders from New Delhi land here. I firmly believe that such people are of no help to the party, so please refrain from this ‘show-off’ culture.”

Venugopal did not approve party leaders making statements against their seniors. “Senior leaders speak their mind and it might even embarrass the party at times, but that doesn’t mean second rung leaders can launch a tirade against them in public.

As far as taking action against seniors is concerned, if anyone has violated party norms, the central leadership will take note and take action. So do not create confusion by making any ill-timed statements against seniors.”

“We have had a marathon discussion and interacted with 431 leaders. After discussion, we have realised that there is unity in rank and file,” said Venugopal.

Flanked by Chief Minister Siddharamaiah and KPCC president Dr. G. Parameshwara on either side, Venugopal deftly avoided answering questions on the choice for the KPCC President post.  He only said that the KPCC was doing a good work under the present President. But they have to strengthen the party at all levels, he added.

“The organisational revamp will be done with immediate effect. All the prevailing speculations will be over by this month end,” he said.