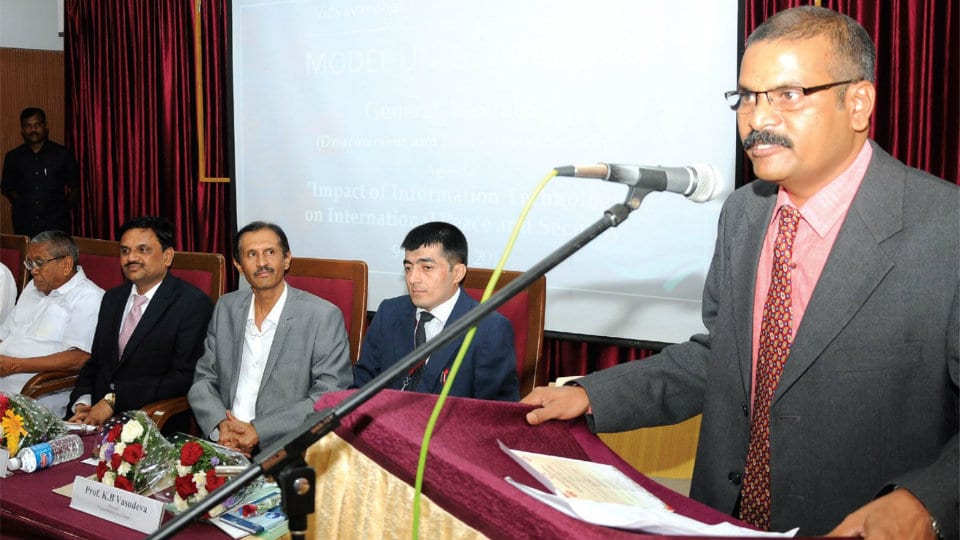 Mysuru: A Model United Nations was organised by Vidyavardhaka Law College at its premises on Seshadri Iyer Road here recently.

The agenda was ‘Impact of Information Technology on International Peace and Security.’

Inaugurating the programme,  Vijayakumar M. Pawale, Judge, 6th Additional  District and Sessions Court, Mysuru, opined that nuclear arms were a threat to peace in the world and added that a perilous threat looms large across the globe owing to nuclear arm race between Nations. He recalled that World Wars 1 and 2 took a heavy toll and the devastation was terrible. He thanked the formation of United Nations to thwart any attempt to wage similar World Wars.

Continuing, the Judge opined that Information Technology was good to tackle threat of terrorism,  but expressed apprehension that the technology should not land in the hands of bad elements who could misuse it.