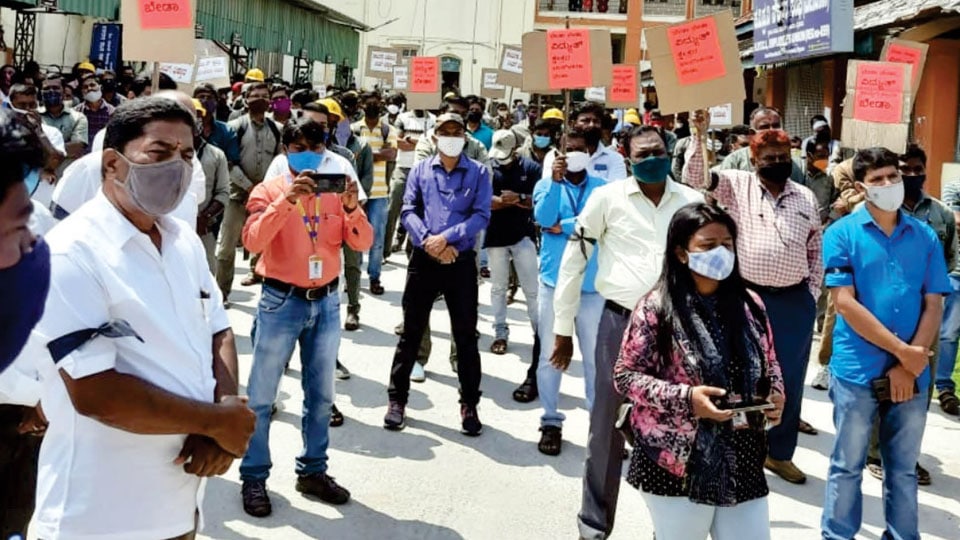 Accusing the Centre of fast tracking privatisation of public sector power companies which are doing well despite all odds, the protesters claimed that privatisation will do a great harm for the poor and the farming community.

They urged the Centre to drop  privatisation  moves and instead take measures for strengthening the power sector further under the Government itself. Similar demonstrations also took place in front of CESC Main Office at Vijayanagar and the KPTCL Office at Hootagalli on Hunsur Road.