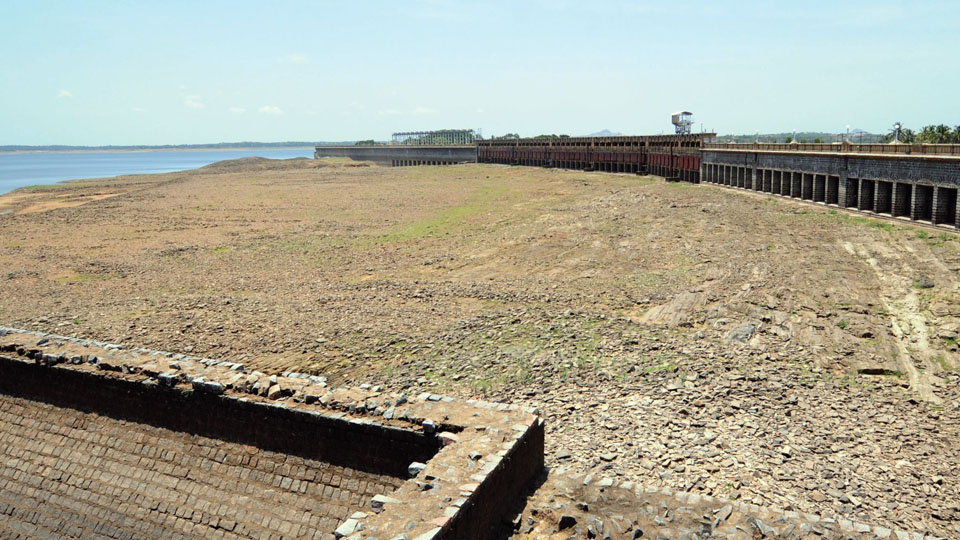 New Delhi/ Bengaluru:  All eyes are on the Centre as it will file an affidavit in the Supreme Court on May 8 stating the steps it has taken to frame a scheme to ensure Cauvery water is released from Karnataka to Tamil Nadu, Pondicherry and Kerala.

The affidavit submission in the Supreme Court is likely to have an impact in the political corridors of Karnataka where the parties are pitted in a bitter contest in Assembly elections.

While farmers in Mysuru and Mandya belt have threatened to launch protests if water is released, politicians, who are facing the election heat, are anxious over the turn of events that could have an adverse impact on their poll prospects.

It may be recalled here that on May 3, Attorney General K.K. Venugopal informed the Supreme Court that the Centre did not have time to frame the draft scheme by May 3 — the Apex Court’s deadline — as Prime Minister Narendra Modi and his Ministers were travelling on account of the Karnataka  Assembly Elections.

The Court then asked the Centre to file the affidavit by May 8 to inform about the steps being taken for implementing the Court order.

The SC also asked Karnataka to release four TMCft (Thousand Million Cubic Feet) of water to Tamil Nadu for the month of May. It also warned the State to “be ready to release water or face the consequences.”

The Bench that initially asked Karnataka to release four TMCft water to Tamil Nadu by May 8, later directed the State to assess how much water can be released.

Reacting to the Supreme Court order, Karnataka had said that it was not in a position to release water as there is no storage.

There is a total of less than 10 TMCft water in all the four reservoirs coming under the Cauvery basin. That 10 TMC water is not enough for drinking needs and crops. We have shortage, Karnataka had stated.

According to Karnataka State Natural Disaster Monitoring Centre (KSNDMC), the combined live storage in the four major reservoirs in the Cauvery basin was less than 10 TMCft. At the Krishna Raja Sagar (KRS) Dam in Srirangapatna in Mandya District, there is only 71.80 ft water (as on this morning) as against its total capacity of 124.8 ft.

At present, the live storage — the usable quantum of water in the dam — is only 3.44 TMCft against the reservoir’s live storage capacity of 45.05 TMCft. As a result, the quantum of usable water available is only 8% of its actual capacity and the South West Monsoon is still a month away.

In the Hemavathi reservoir Hassan district, the live storage was 3.33 TMCft on May 3 against its actual storage of 35.76 TMCft. Kabini reservoir in H.D. Kote has a live storage of 1.82 TMCft and Harangi near Kushalnagar in Kodagu has 1.35 TMCft, as per the data available from the KSNDMC.